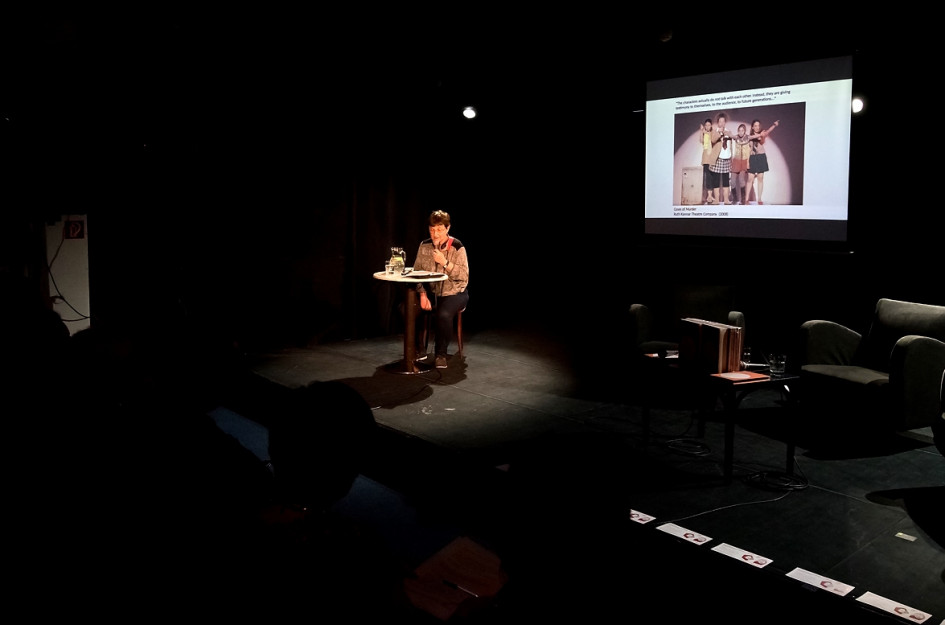 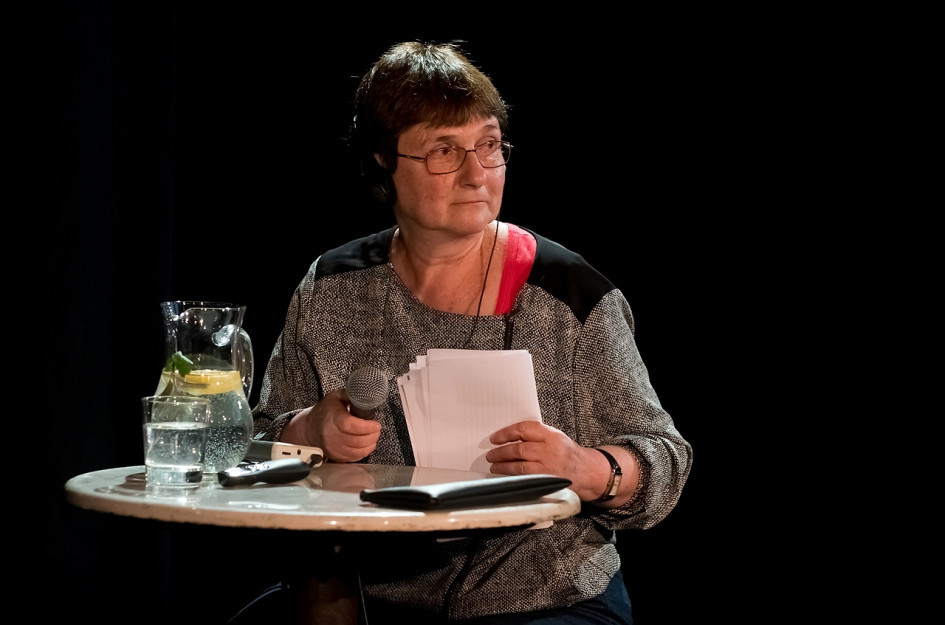 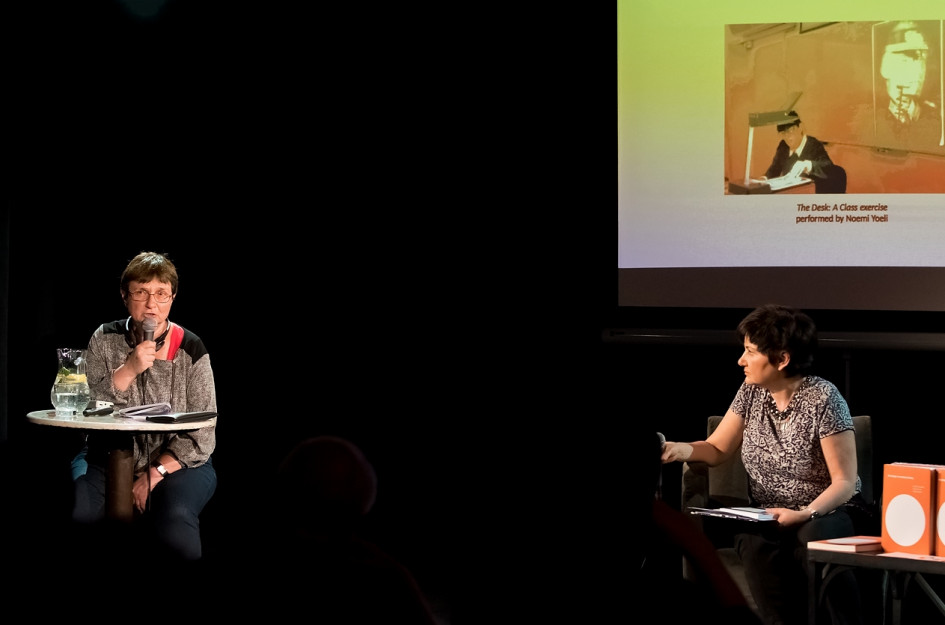 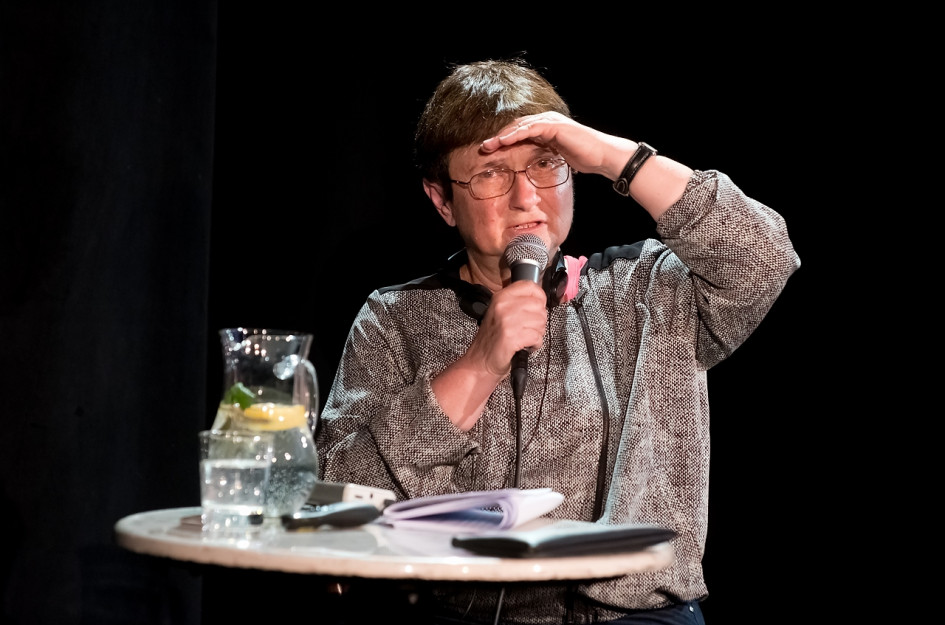 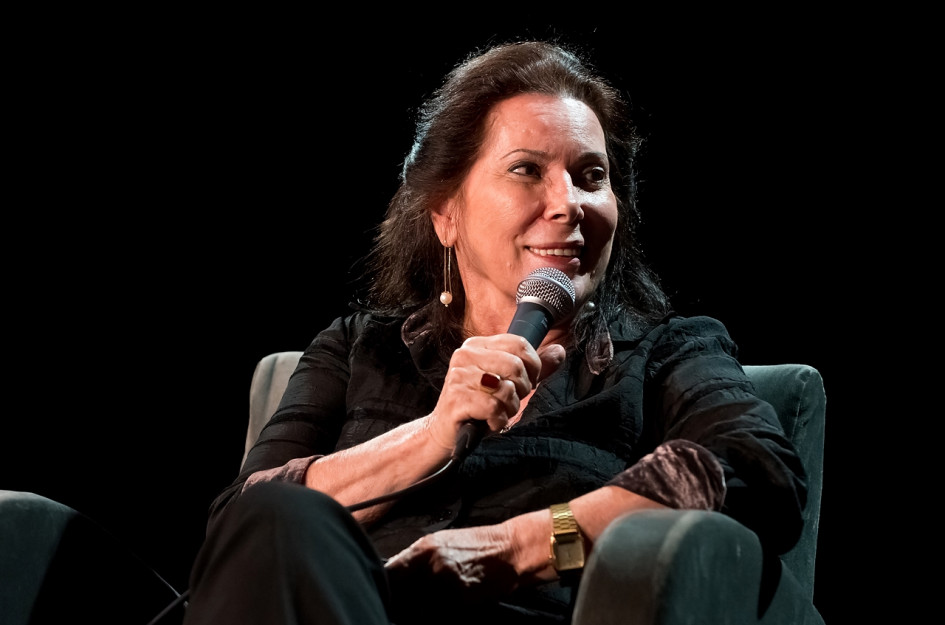 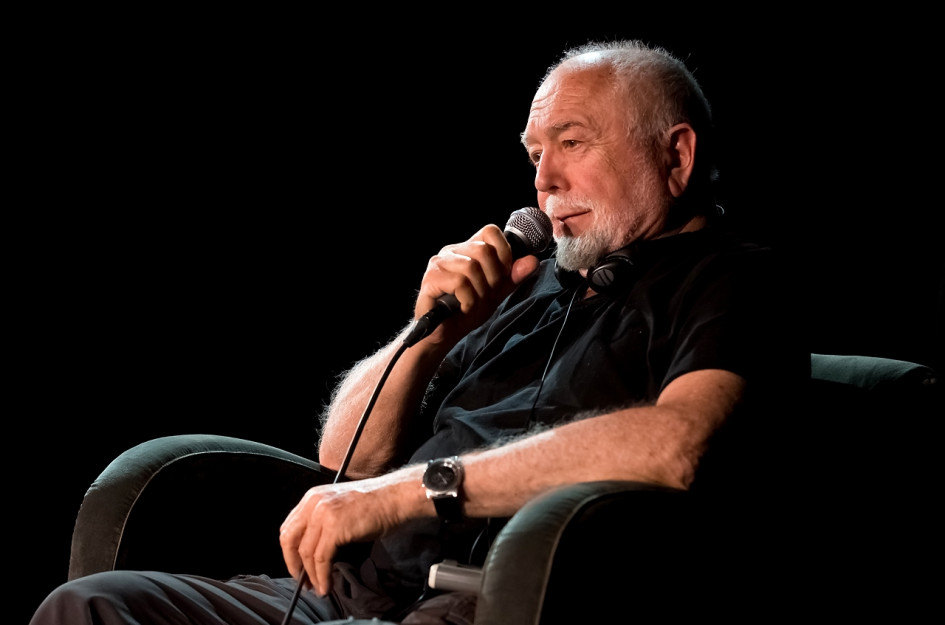 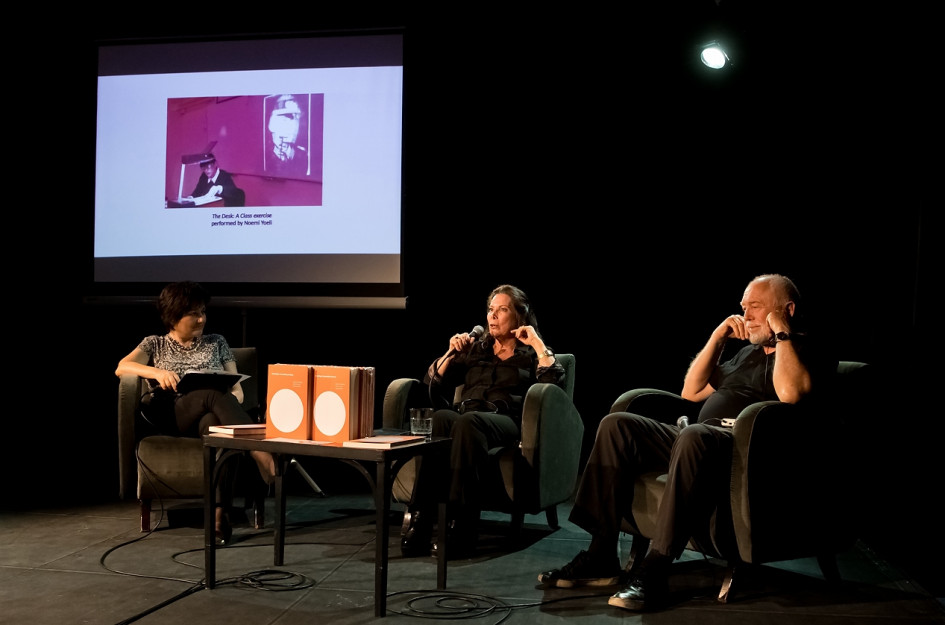 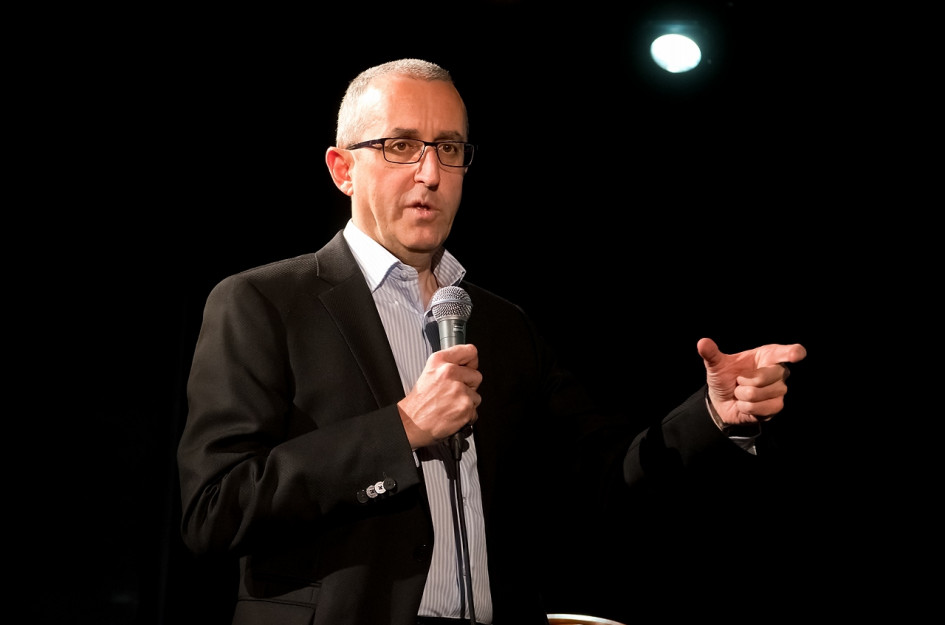 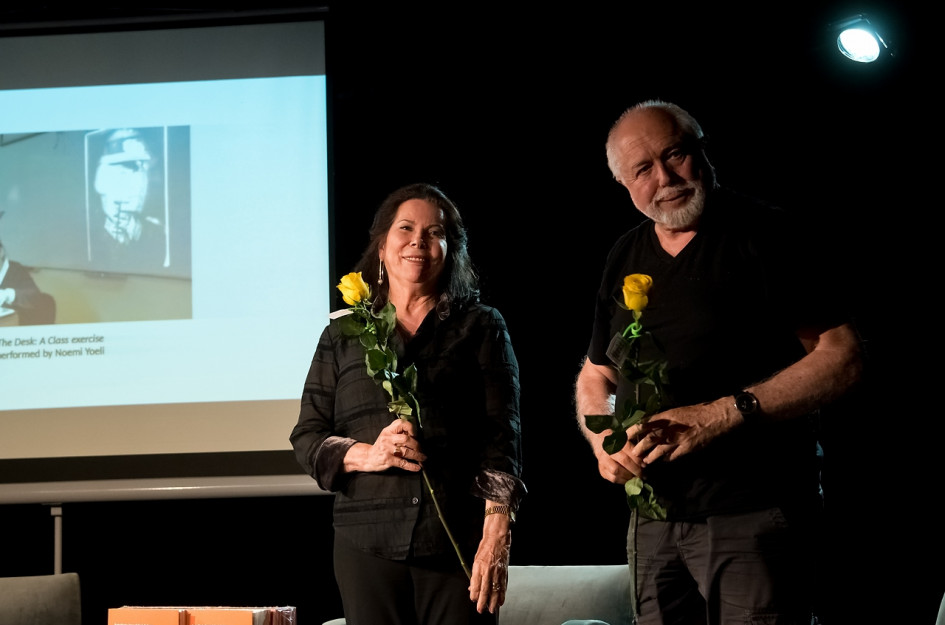 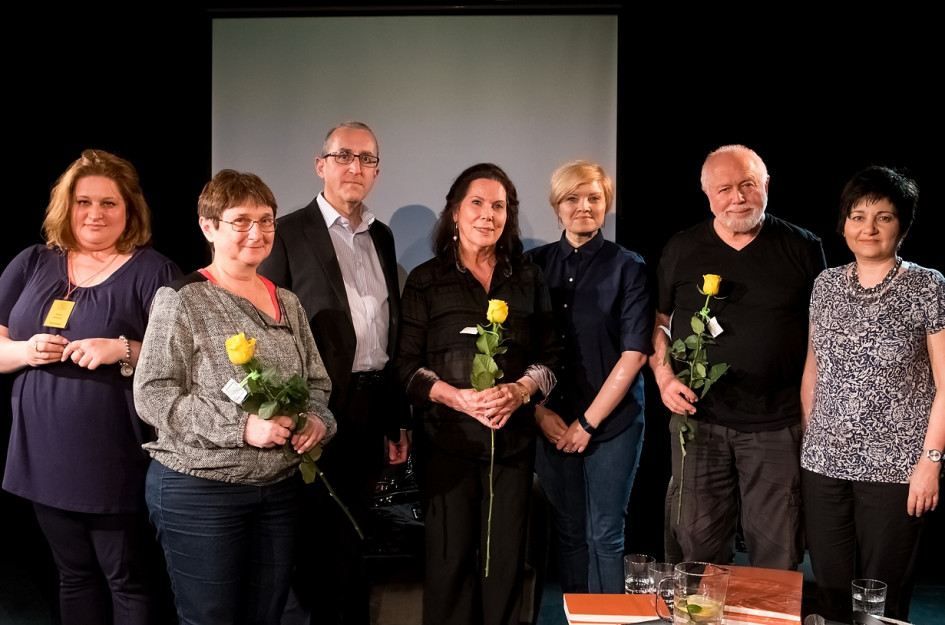 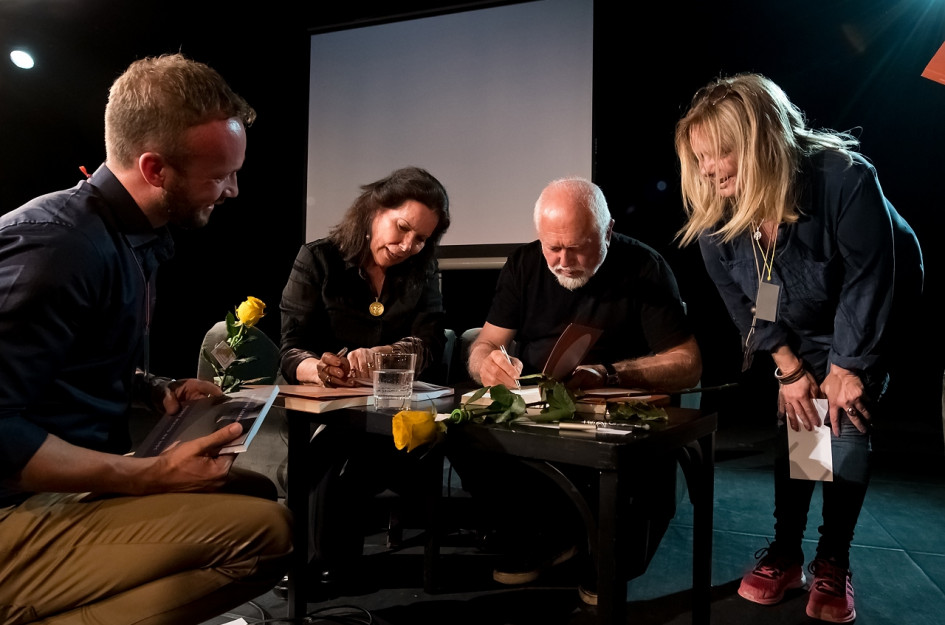 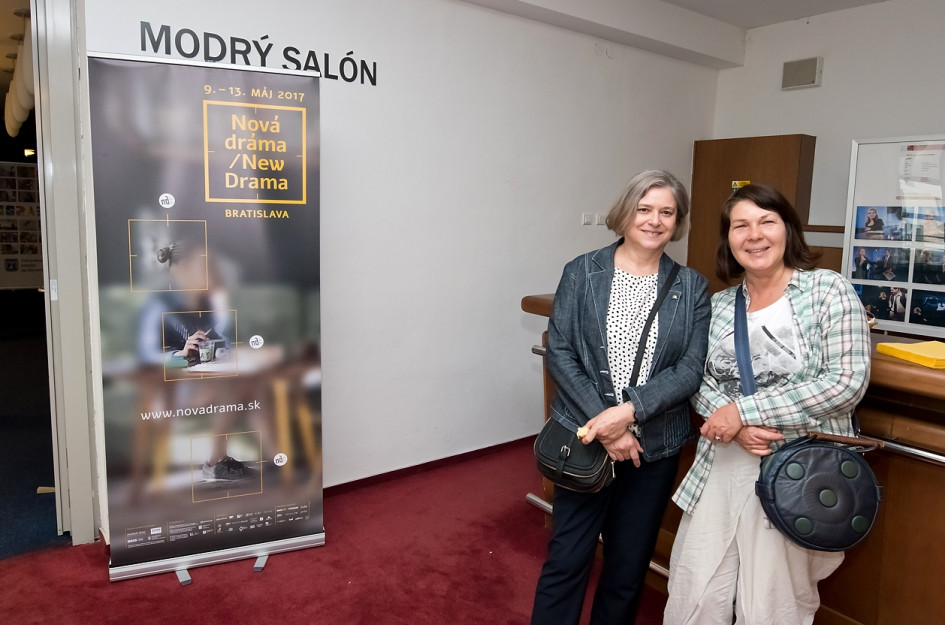 in English with interpretation into Slovak

Adventures in Israeli Theatreland A lecture by Israeli theorist Olga Levitan about contemporary Israeli drama
Israeli theatre is one of the youngest in the world. Its language is Hebrew, and its history started over a hundred years ago, long before the birth of the State of Israel itself. From the very beginning, Israeli theatre was connected to the ideas and activities of young Jewish repatriates who came mostly from Eastern Europe with the intention of building a modern and liberal Jewish culture and society. The first steps of Hebrew theatre were taken in utterly unbearable conditions: without professional actors, directors or theatre buildings, and practically without plays written in Hebrew. Despite all this, Hebrew theatre enthusiasts exposed their audience to the necessity of a national stage, and they succeeded in developing a national repertoire in an inconceivably short period of time. In fact, it was a kind of miracle. However, the question of plays written in Hebrew continued to be a crucial one, as most of the plays performed on the Israeli stage until the 1960s were translated from other languages, including Yiddish. Then, another miracle took place, and a number of original playwrights, creating in different genres and styles, appeared in Israel. Some of them developed an absurd theatre language, whereas others developed documentary drama; some wrote poetic and highly stylized plays, and others preferred the language of farce. Almost all of them contributed to the idea of a humanistic and liberal society.

An Anthology of Israeli Drama A presentation of the Theatre Institute’s new publication, attended by the playwrights Savyon Liebrecht and Joshua Sobol, and the theatrologist Olga Levitan.   The publication An Anthology of Israeli Drama presents three theatre plays written by the Israeli playwrights Hanoch Levin, Joshua Sobol and Savyon Liebrecht. The plays included in this selection are diverse in terms of their genre and theme: Requiem by Hanoch Levin (translated by Alexandra Ruppeldtová) can be considered a mystery and parable in one, Ghetto by Joshua Sobol (also translated by Alexandra Ruppeldtová) is a documentary metatheatrical play, while Savyon Liebrecht’s The Banality of Love (translated by Jana Juráňová) is closest to the genre of biographical drama. All three plays deal with the issue of humanistic values in extraordinary situations and can also be described as dramas of ideas that metaphorically express critical opinions of mankind. The publication also includes a study on Israeli theatre and drama written by the Israeli theatrologist Olga Levitan.

Olga Levitan has a Master of Arts degree in Theatre
Theory and History from The Academy of Theatre, Cinema and Music (Leningrad,
Russia) and a Ph.D. from the Hebrew University of Jerusalem. She started her
professional career as a theatre critic in Leningrad and Moscow and held a
position as an art expert of fringe theatre in the Association of Russian
Theatre Artists. In 1989 Olga repatriated to Israel, and at present she is a
teaching fellow and an academic adviser at the Department of Theatre Studies in
the Hebrew University of Jerusalem and a teaching fellow at the Department of
Arts in Education in David Yellin Academic College for Education. She is also
the Chair of the Israeli Centre for the Documentation of the Performing Arts at
Tel Aviv University. The fields of her research are related to multicultural
theatre phenomena, Jewish and Israeli theatre, and Russian modernistic theatre.
She has published numerous articles on these subjects in academic journals and
books, and she has initiated and co-organized many international conferences
and research projects, including the Theatre in the Multicultural Society symposium
(Jerusalem, 2008) and an Israeli-German research group named Performing Arts in
Postcolonial Culture: Jerusalem and Berlin (2014 – 2017). In addition, she is a
member of the Artistic Committee of the International Exposure of the Israeli Theatre,
and she publishes reviews on modern Israeli theatre productions in leading
Israeli theatre magazines.

Savyon
Liebrecht studied literature and philosophy at Tel Aviv University. Her stories
depict the effect of the Holocaust on the children and grandchildren of
survivors, the encounter of Israelis and Palestinians, and the conflict between
religious and non-religious Jews. Her books have been translated into five
languages. A couple of movies were
based on her stories. The most known of her plays was Sonya Mushkat, which played at the Habima National Theatre in
Israel in 1998 and I Am Speaking to You
in Chinese, which played at the Beit Lessin Theatre and which was awarded
the best Israeli play in 2004. The play The
Banality of Love, based on the relationship between Hannah Arendt and
Martin Heidegger, was produced by the Beit Lessin Theatre and was recognized as
the best Israeli play in 2009, the same applies to Rochale’s Wedding, which was also staged at the Beit Lessin Theatre
for 2010. She has received many other awards including the Prime Minister’s
Prize for Literature (twice) and three Italian Awards for the play Freud’s Women. Her plays have been staged
in the United States, Germany, Turkey, Poland and many other countries.

Joshua Sobol studied philosophy at the Sorbonne University and took up system
analysis at the École Nationale d’Informatique in Paris. In 2008 he was awarded
the title of Doctor Philosophiae Honoris Causa by the Israeli Weizman Institute
of Science. He has written seventy-eight plays and three novels, and has directed
twenty-five stage productions. Sobol’s international career started in 1983,
with the Haifa Theatre production of his play Weininger’s Night being invited to the official part of the
Edinburgh Festival. Sobol’s play Ghetto
became world famous following Peter Zadek’s much acclaimed German premiere of
the play in 1984 at the Freie Volksbuehne in Berlin and Nicholas Hytner’s
production at the Royal National Theatre of Great Britain in 1989. The play has
been translated into more than twenty languages, and has been performed by
theatres in more than twenty-five countries throughout the world; it has won
many international awards. Since 1995 Sobol has cooperated with director Paulus
Manker on a number of projects exploring new forms of the theatrical
experience.