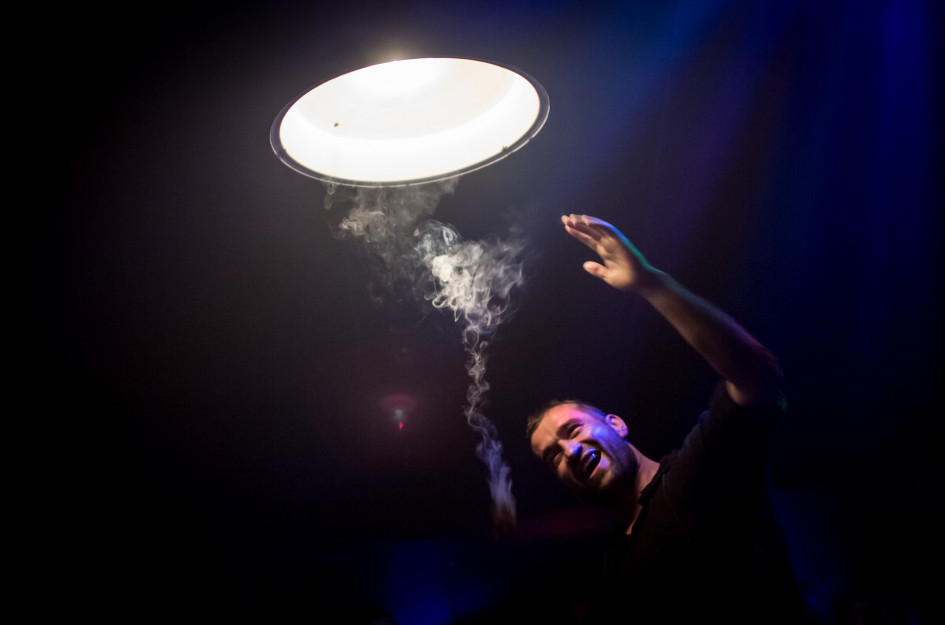 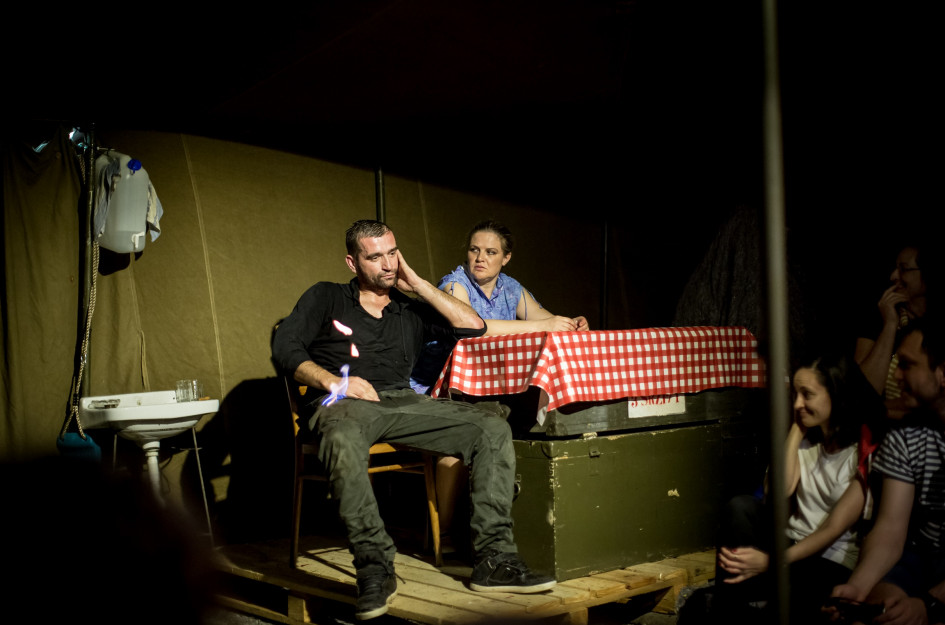 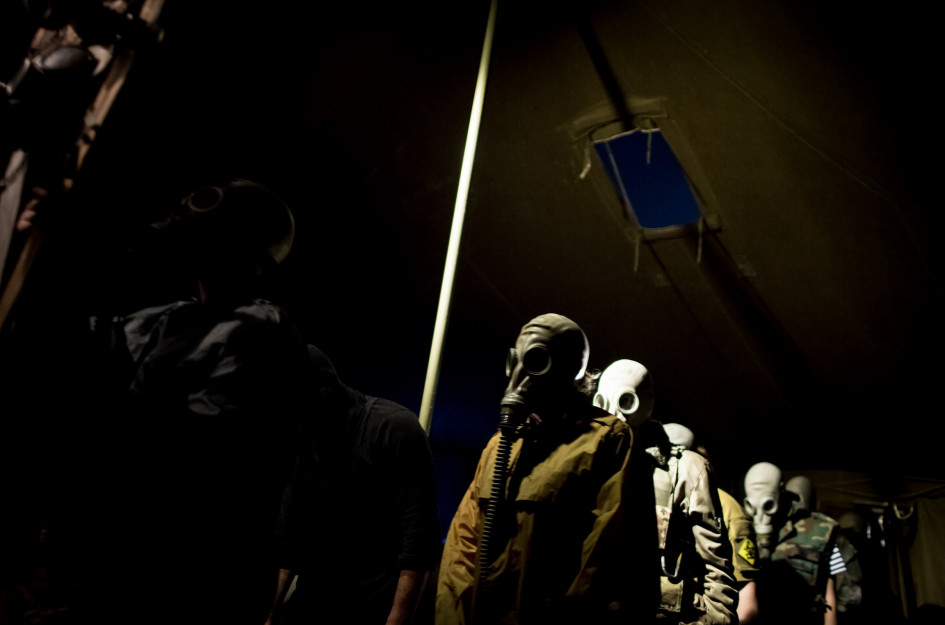 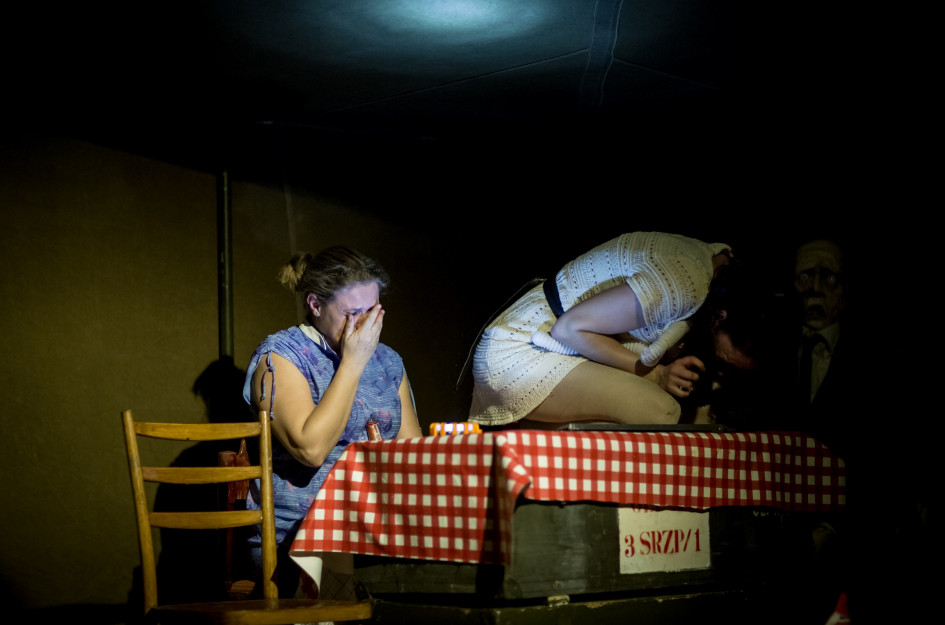 Stalker is a production based on the motifs of the cult sci-fi novel Roadside Picnic by brothers Arkady and Boris Strugatsky. It authentically captures the mysterious atmosphere of the territory known as the Zone, which has been visited by an extra-terrestrial civilization and is characteristic not only for its life-threatening physical anomalies, but also for the presence of precious and miraculous objects. These objects are wanted not only by the employees of the International Institute for Extra-terrestrial Civilizations, but also by profit-seeking inhabitants of the nearby city – stalkers – who live in a disintegrating world believing that there is something in the Zone that might help them solve all their problems. Using an arena-like arrangement of the stage space in what is traditionally a fairly small tent, Teatro Tatro puts emphasis mostly on expressive acting of the main protagonist and his fellow actors. The production also blends drama and puppetry, as well as numerous imaginative theatrical effects in order to address issues related to the meaning of human existence or morality as such.