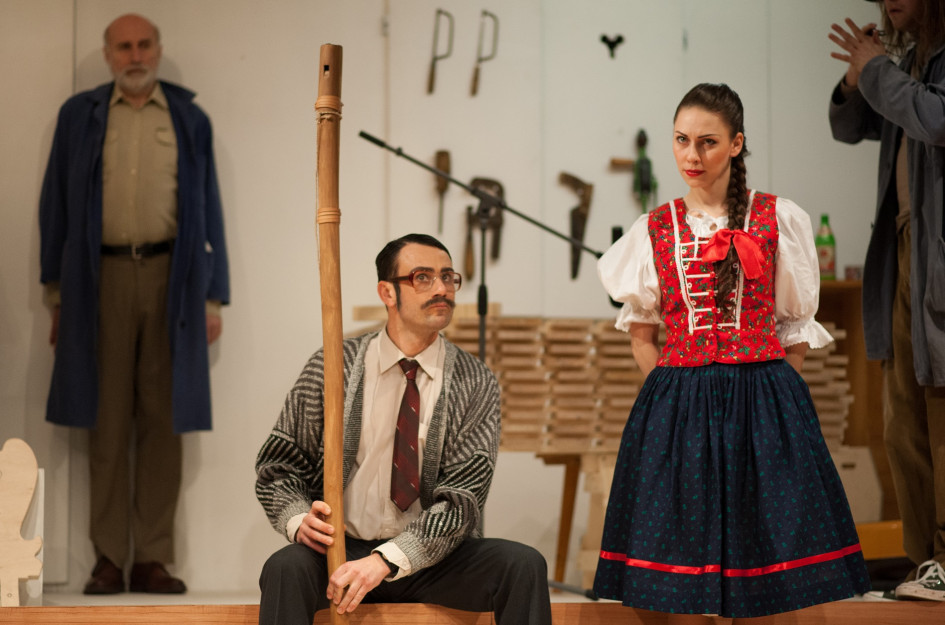 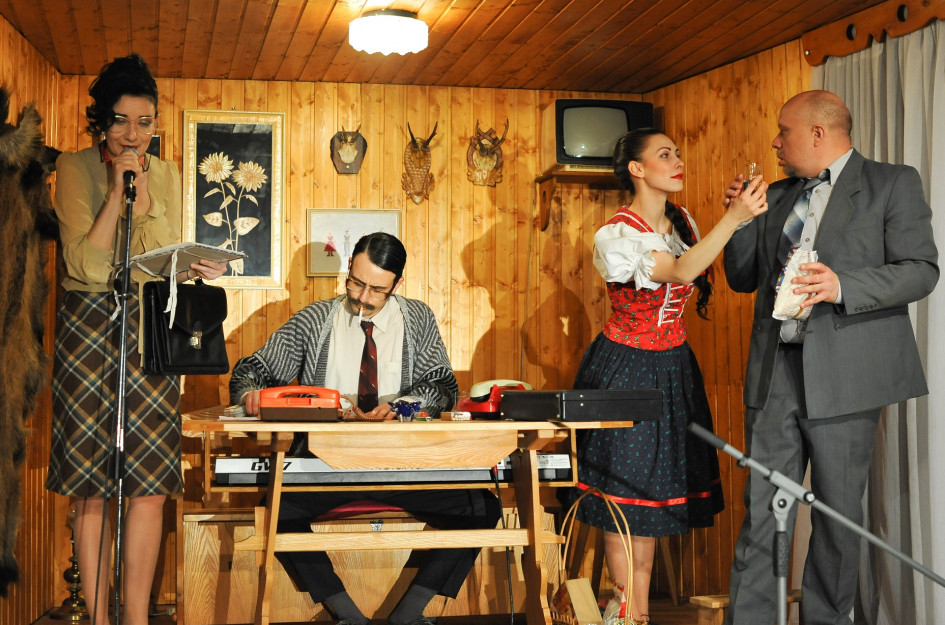 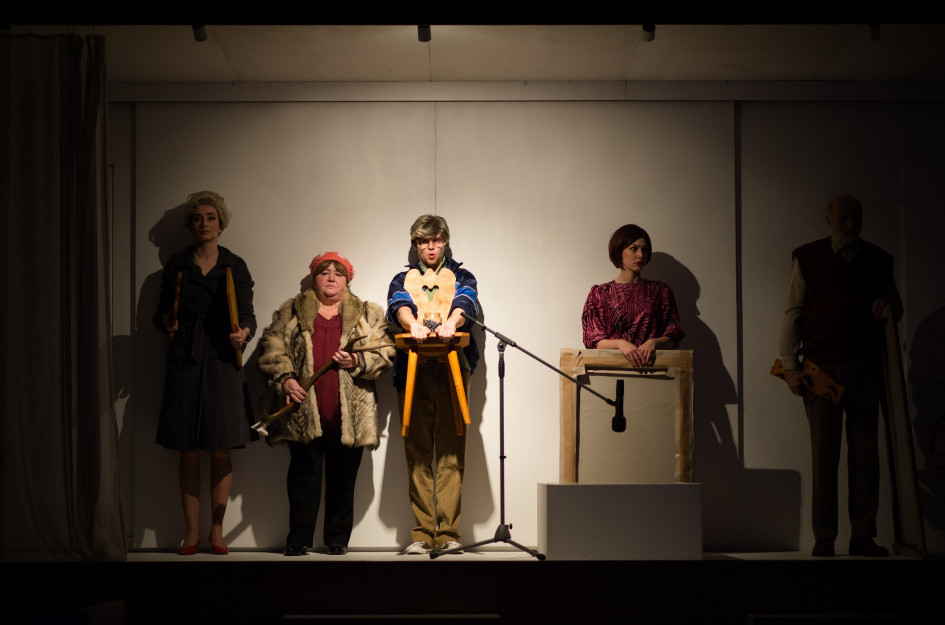 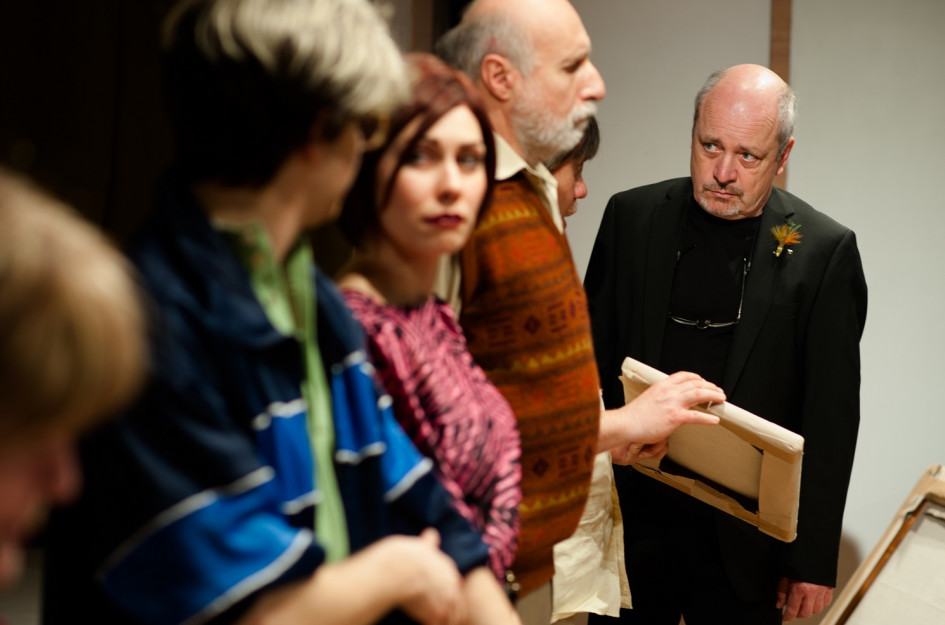 in Slovak with interpretation into English

Everyone can be bought – it is only a matter of price. The authors Miro Dacho and Ján Luterán use this slogan to introduce the production Our Guy. It is a piece inspired by true events that uses documentary elements – its protagonist is a Slovak, “our guy” who wants to ascend the social ladder with as little effort as possible. It is reminiscent of the comic literary town Kocúrkovo that often serves as a model for Slovakia. Dacho and Luterán focus on one of the most scandalous cases of the Communist regime, its so-called normalization period, namely the story of a Communist party functionary who was known as “the King of Orava” because he knew how to make use of the political system for his own benefit. He bought everyone, made everyone owe him something – as a result, he became dangerous for many. When his case was revealed, many other prominent functionaries fell together with “the King of Orava”. His case uncovered the true face of the regime and its elites.

The text of the play is made up of period materials and devised texts, rhythmically enriched by music. The resulting impression is that of cabaret. Using the example of the case of “our guy”, the authors aim to highlight how things work similarly today. At the end of the production, the audience is invited to visit a Museum of Corruption where interactive screens show Slovak personalities expressing their opinion on this topic.