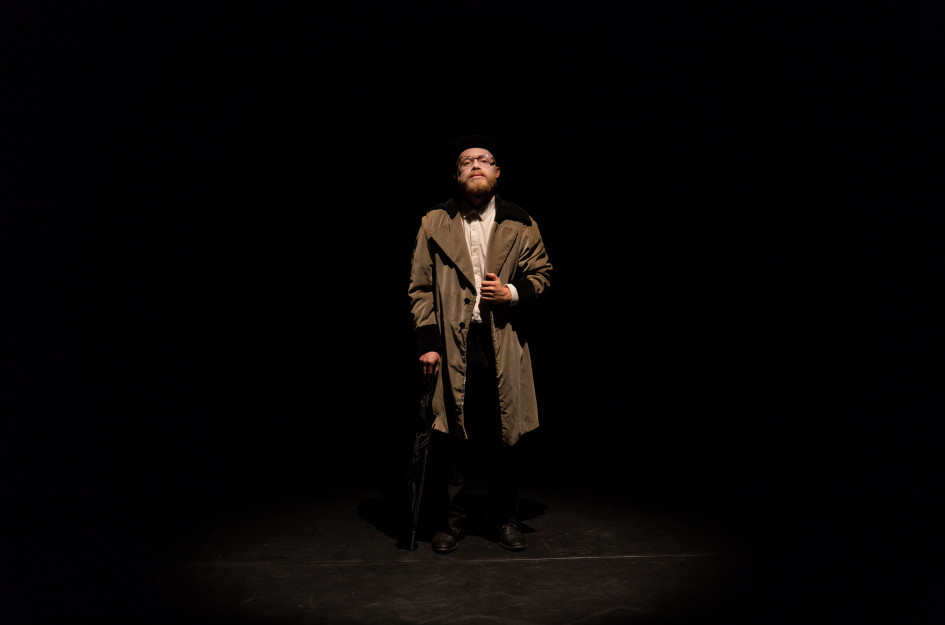 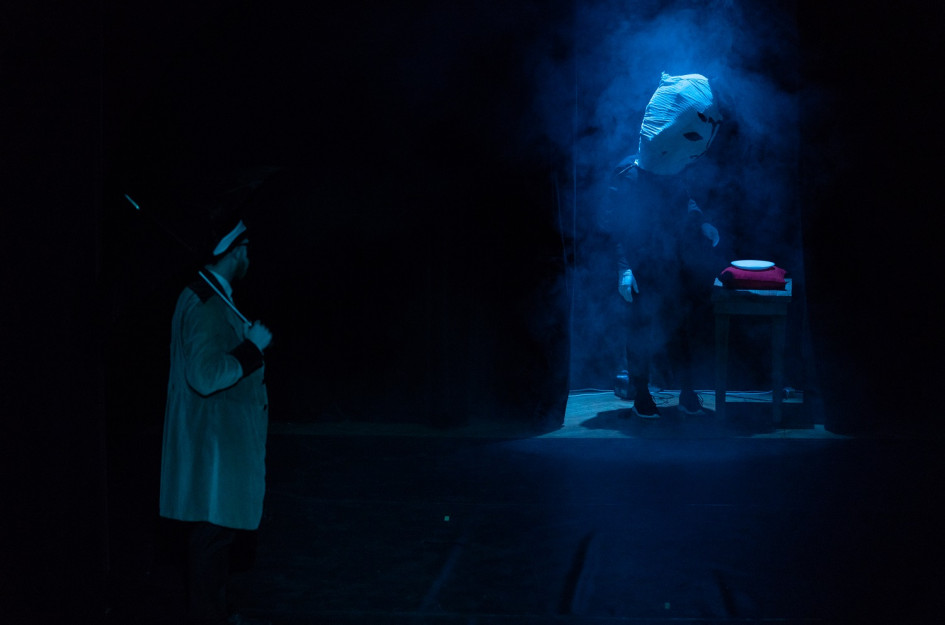 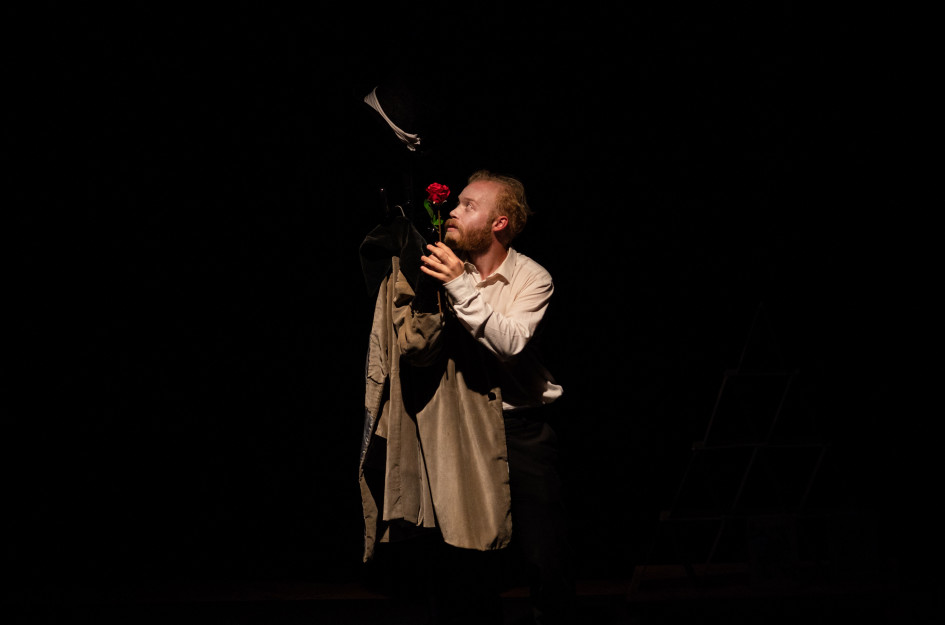 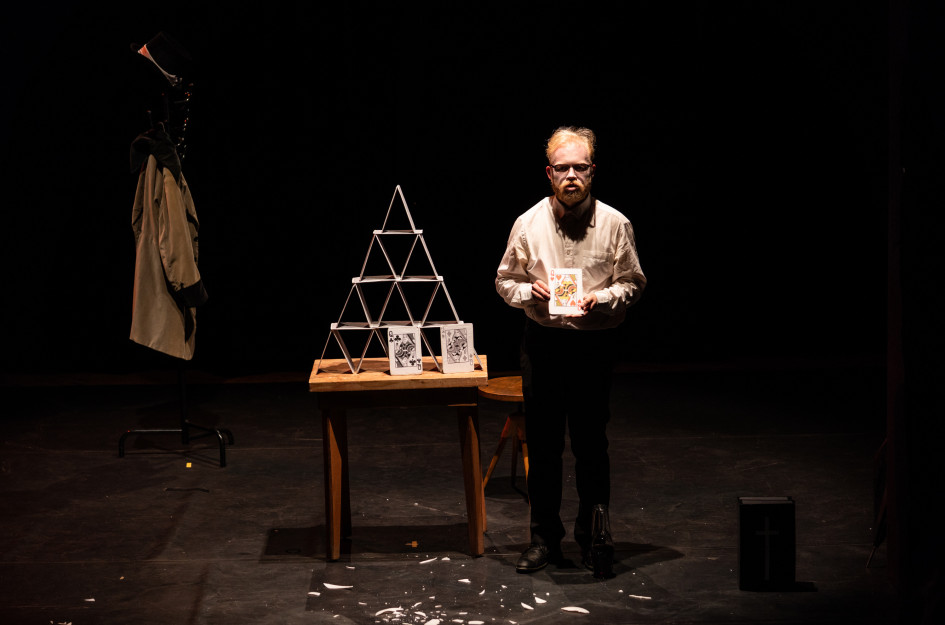 The production was created as part the Theatre Institute’s project Milk Teeth. The production tells the story of the life, work and ideas of Danish philosopher Søren Kierkegaard. By means of his original texts, puppets and subtle authorial input, the creators of the production tried to paint a portrait of a man considered to be the father of existentialism, a man whose work has directly influences a number of thinkers and artists.

Kierkegaard’s most famous ideas were used along with his diary entries, because these are the key element to an understanding of his work. The diaries captured the most important life events that shaped Kierkegaard’s personality.