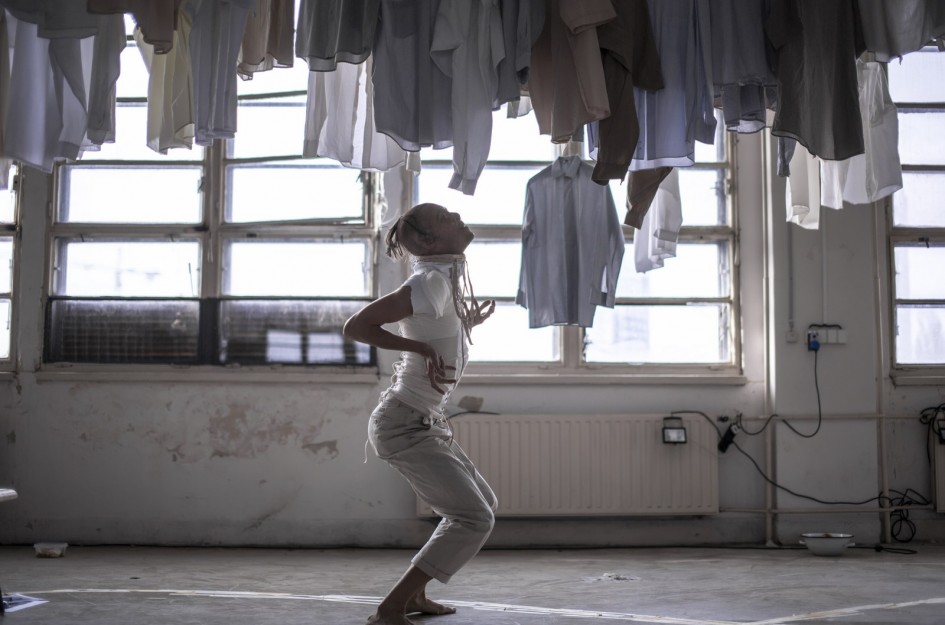 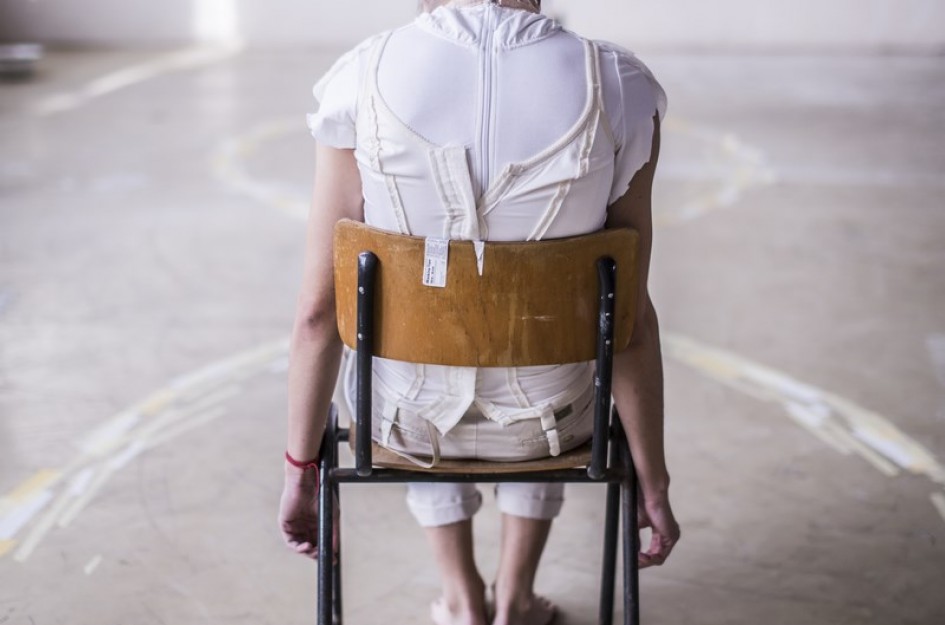 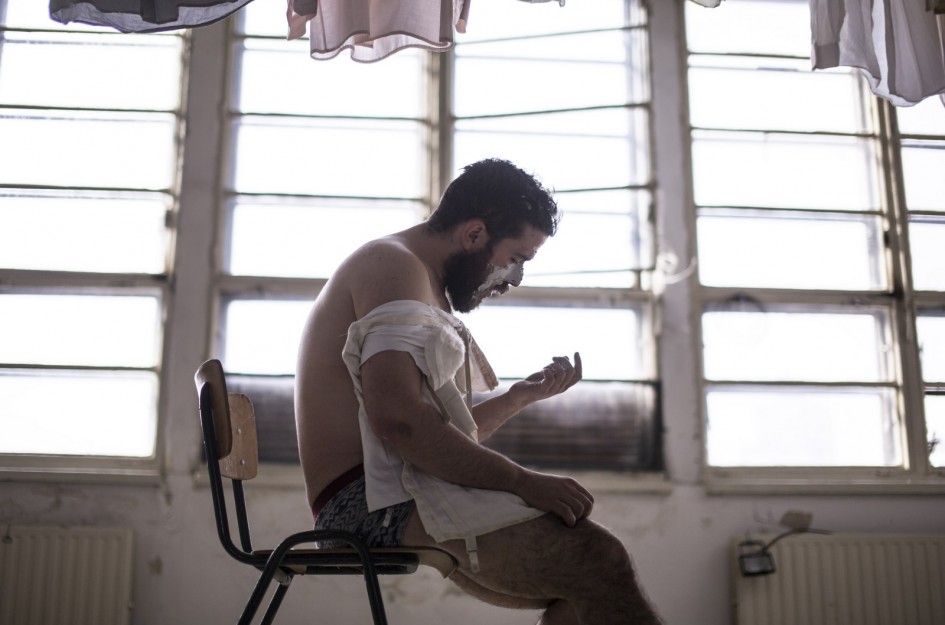 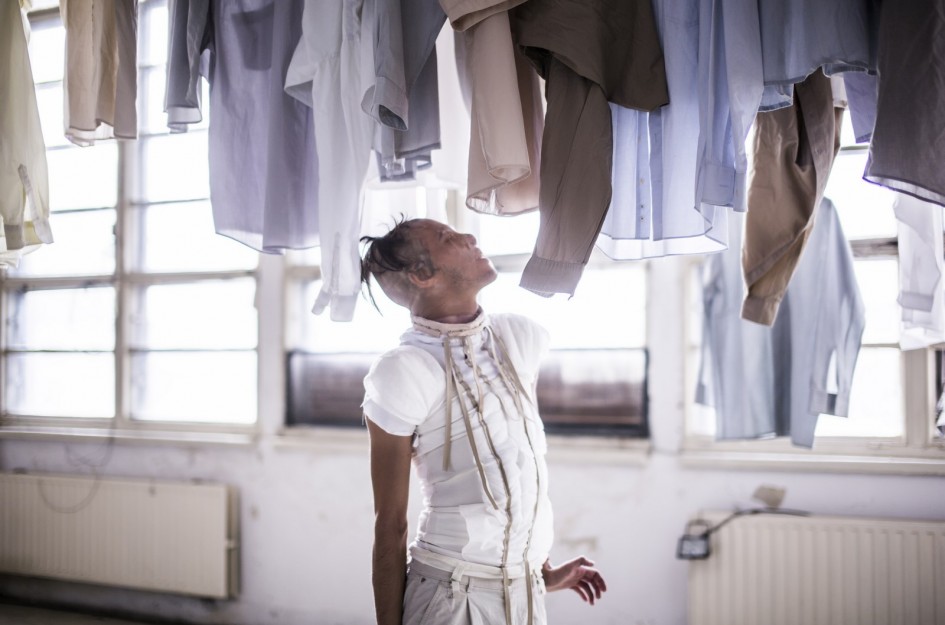 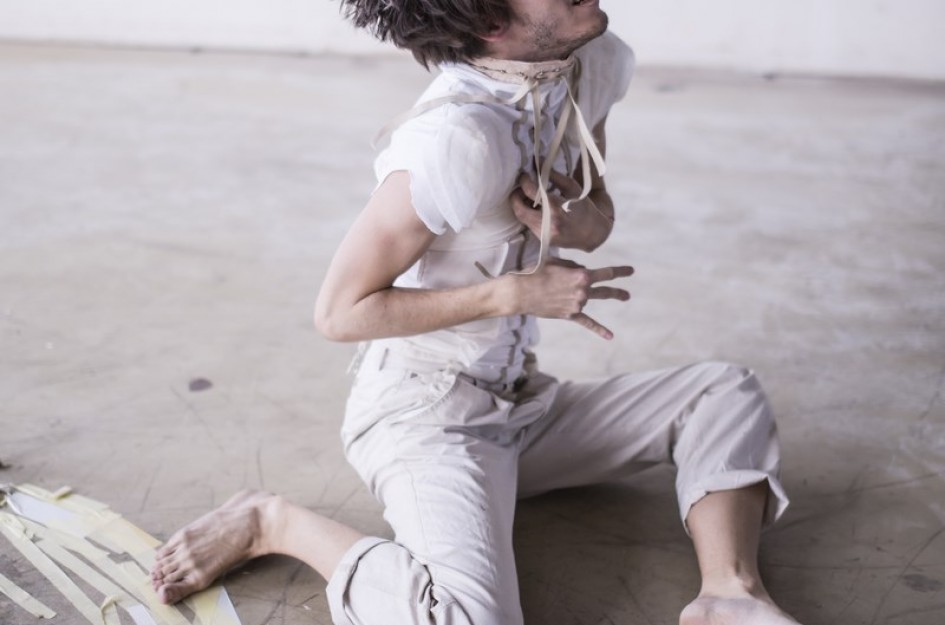 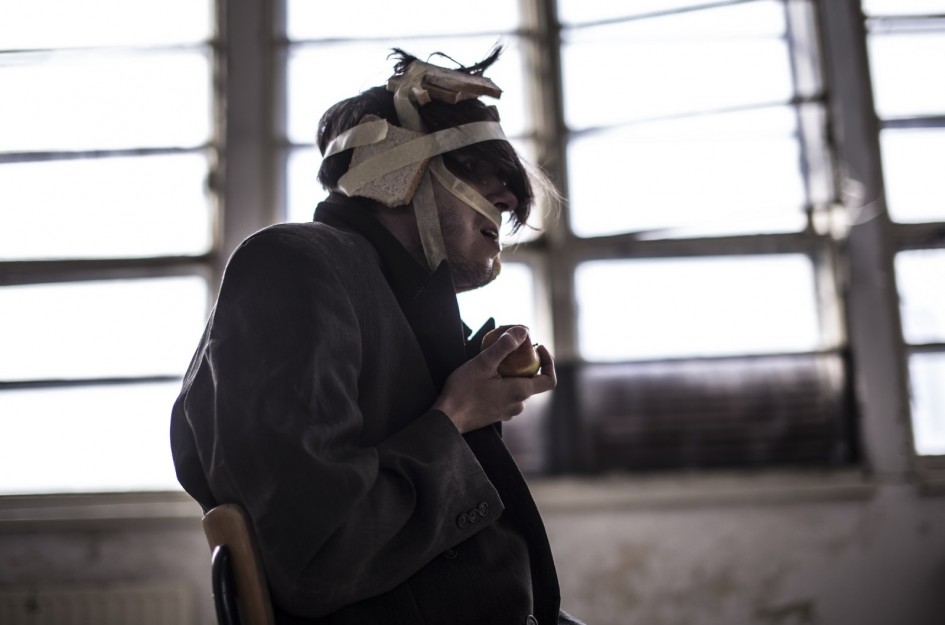 By means of an expressively physical performance, both actors reveal new nuances of Franz Kafkas’s work and associatively look for timeless themes in it, such as one’s own vs. national identity, historical curse, memory of a place.

This is a harsh, but also very fragile and exposing story about the relationship between a father and a son. An uncompromising confession in which what is not said is more important than what is. A relationship stripped to the bone. This performance by Peter Tilajčík and Tomáš Procházka is presented always in a different, non-theatrical space. By means of an expressively physical performance, both actors reveal new nuances of Franz Kafkas’s work and associatively look for timeless themes in it, such as one’s own vs. national identity, historical curse, memory of a place, etc. The audience witnesses a literal transformation of the actors’ bodies into insects.  The two performers – like a director and actor, or like father and son – embark on a journey to find their lost relationship which seems to be forever lost. Director Tomáš Procházka is a member of the youngest generation of theatremakers. He has been strongly influenced by elements of performance and physical theatre. Actor Peter Tilajčík is memorable because of his animated facial expressions, gestures and overall physical appearance. The raw environment of the industrial hall in the former textile factory Cvernovka, where the performance originated, has created a space for unusual public intimacy in which no harsh words are spoken and yet pain, desire for a touch and reconciliation are felt. None of them might come though.

Tomáš Procházka graduated from the Academy
of Performing Arts in Bratislava, where he majored in theatre direction. During
his studies, he spent a semester at the prestigious Rose Bruford College in
London, where he focused on theatre and performance – subjects he has been
inclined to ever since. He debuted at City Theatre Žilina with Slovak premieres
of productions of Jean-Luc Lagarce’s I’m
Home and Waiting for the Rain
(2012) and Elfriede Jelinek’s Winter Journey (2013). At present, he works mostly in
independent theatre. As a director, his focus is on post-dramatic texts, new
interpretations of classical texts and formal experimentation. He has been
inclined towards dance theatre as well and has regularly collaborated with
choreographer Marta Poláková, the dance ensemble mimoOs and choreographer Peter Šavel. At the 2016 Nová dráma/New
Drama festival, he presented his devised production KAFKA.DREAMING, which he
not only authored and directed, but also performed.

Graduated in puppetry from the Academy of Performing Arts in Bratislava. Received the Rector’s Award for “representation of the Academy of Performing Arts at international festivals and excellent study results”. While he was still a student, Tilajčík worked with the Stoka Theatre and the Disk Theatre in Trnava. He also performed in production at the Slovak National Theatre, Studio 12, or the Nomantinels Theatre. He mostly performs in alternative and avant-garde theatre productions. He has become acquainted also with audio-visual art – mostly in student films, TV series and commercials.He has participated in several workshops with both local and international artists.