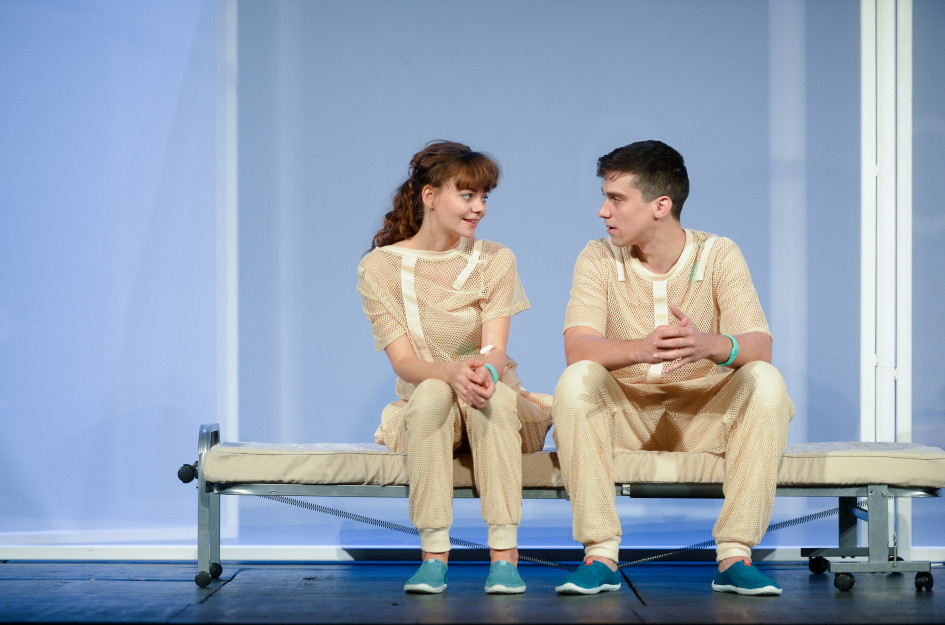 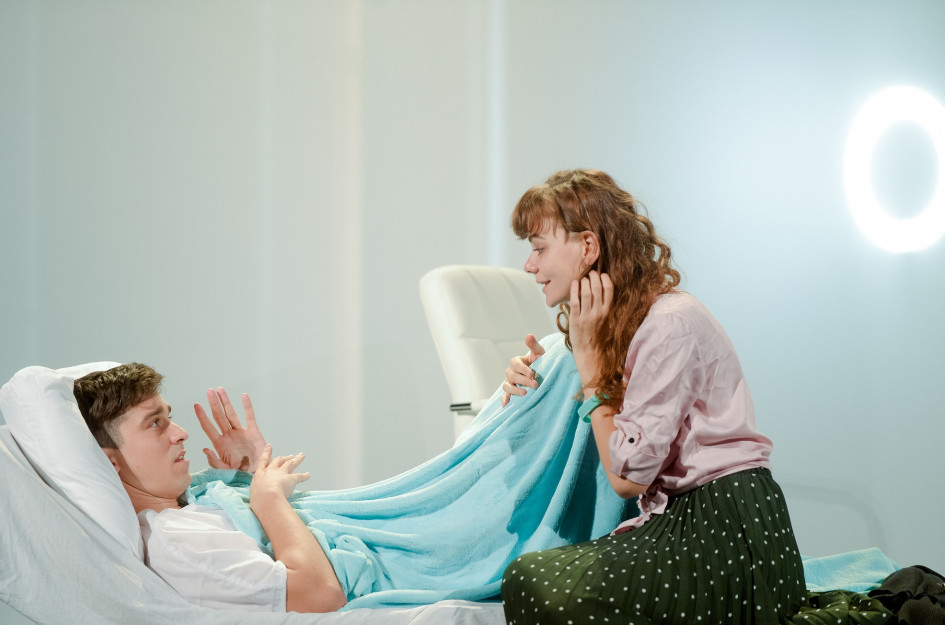 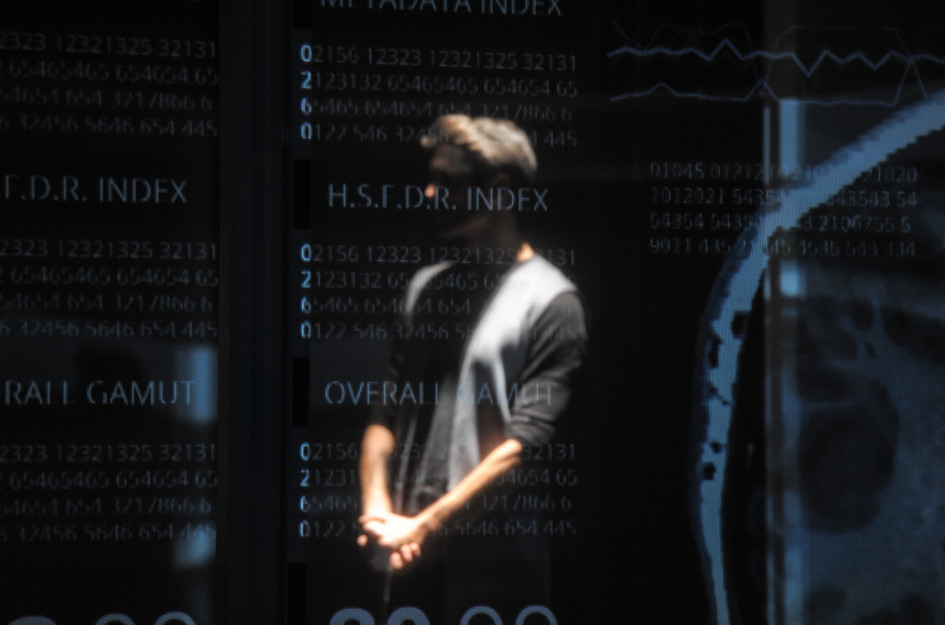 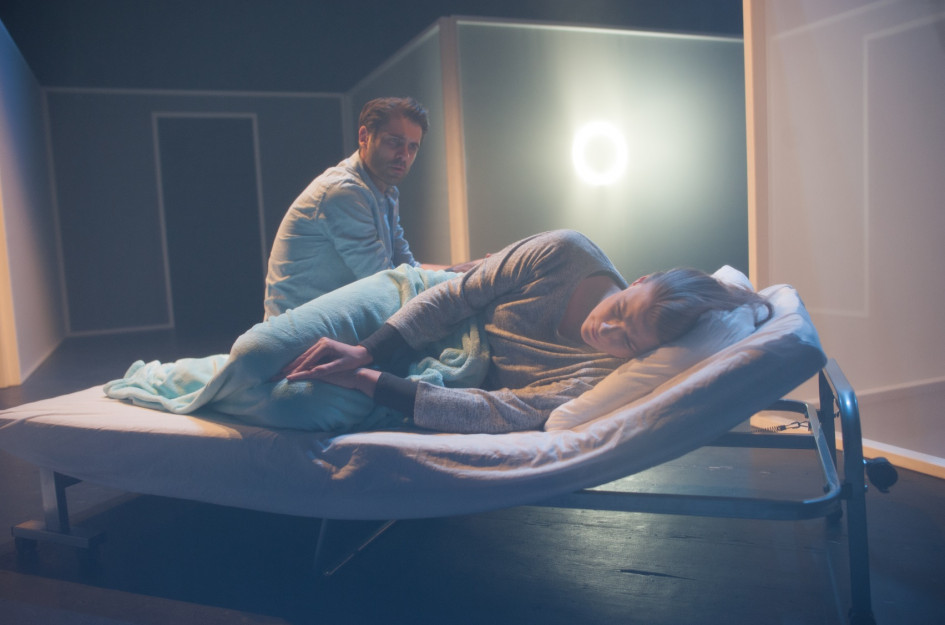 Contemporary British playwright Lucy Prebble’s play The Effect is a drama about moral values. It portrays the confrontation between the yearning to fulfill one’s aspirations, to prove one’s own version of the truth, and the desire to find a genuine interpersonal relationship. Young student Connie and adventurer Tristan meet in a medical facility built for the purpose of testing a new type of anti-depressants. Gradually, an intimate relationship develops between them. A conflict ensues when the characters no longer understand what causes their feelings. They enter a state of extreme anguish and uncertainty about whether their feelings are only the side effects of the medication they are taking, or whether they are genuine. The second layer of the story features the creator of the medicine and the supervising doctor. Their relationship draws on their shared past. However, the essence of their relationship is not fully substantiated, either. Director Michael Vyskočáni created a distinctive atmosphere in the theatre space using fairly simple stage means. The relationships between the characters are fully emotional, never float only on the surface, and keep developing throughout the plot.