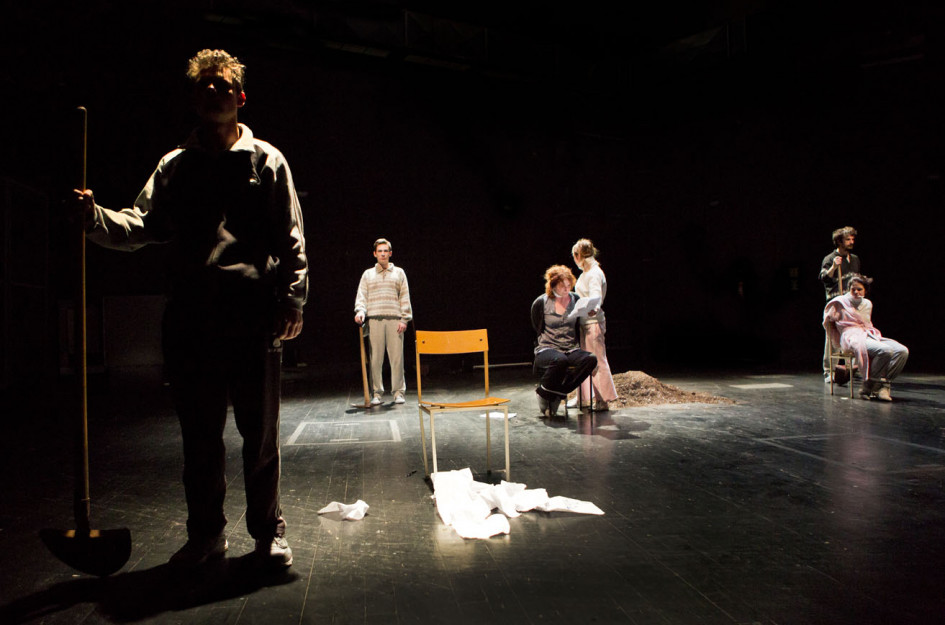 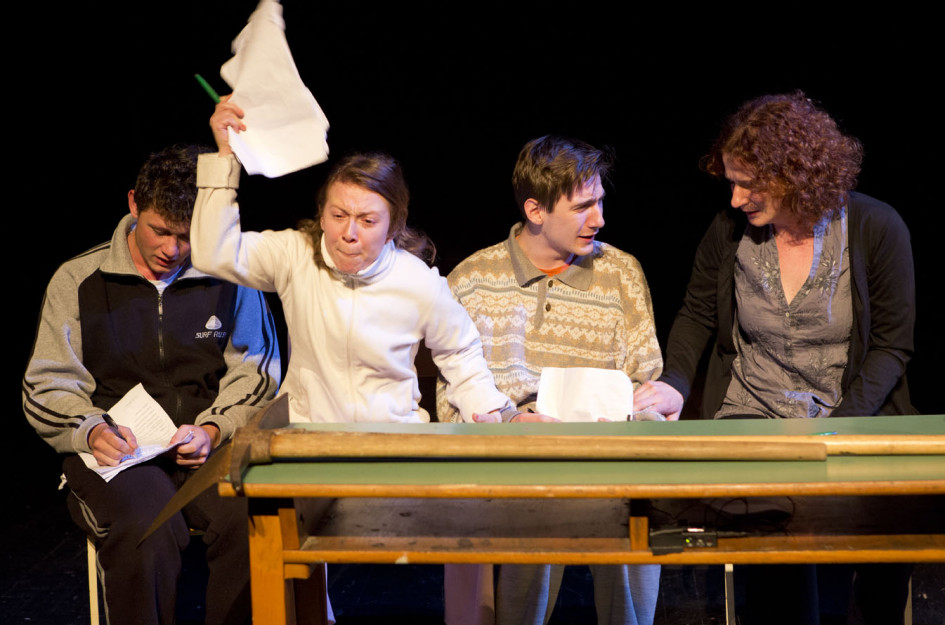 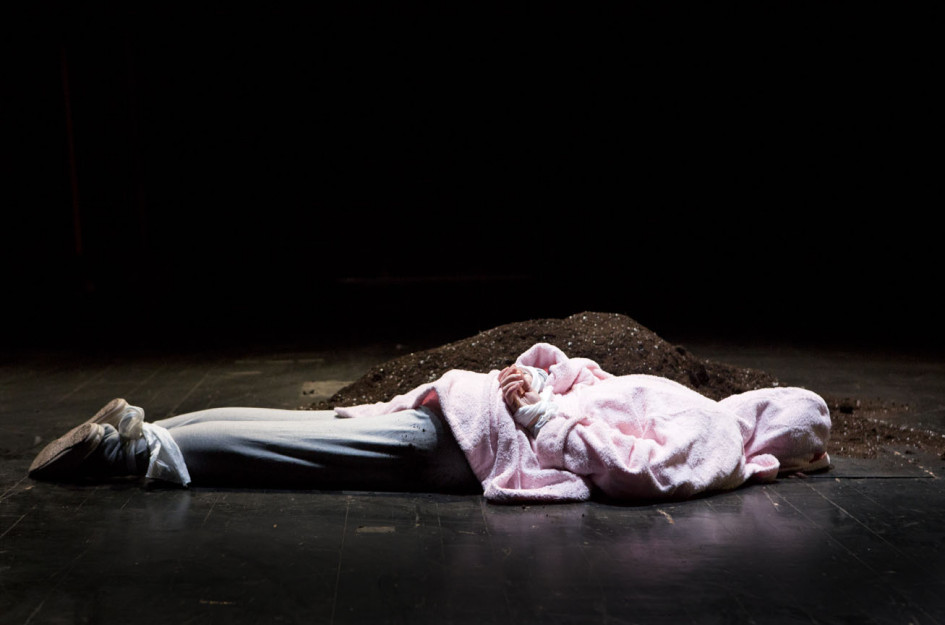 We dedicate this production to the memory of 12-year-old Aleksandra Zec and all children – casualties of war.

The theme of the documentary drama Aleksandra Zec is the most cruel crime imaginable – the murder of a child. Director Oliver Frljić’s production is based on a real event – at the beginning of the civil war in 1991, during the attacks of the Yugoslavian army against the separated Croatia, three members of the Serbian Zec family were murdered in Zagreb. First, father Mihajl was killed, and a few hours later his wife Marija and their 12-year-old daughter Aleksandra were executed as unwanted witnesses. The perpetrators were five Croatian policemen. Even though they admitted to their crime, the court acquitted them. In Croatia, the tragedy of the Zec family became a symbol of distorting the truth, of dysfunctional justice and escaping from conscience. Frljić’s typical provocation and rough staging features, a sensitive topic, and the connection of a documentary and fiction results in a revival of the idea of metatheatre as a space where boundaries between art and life are erased. “Aleksandra Zec is the name of every child, anywhere in the world, that died in the name of nation-building.” Just like Antigone, we also keep tripping over too many dead bodies that have not yet won the right to be buried,” explains Frljić. The production Aleksandra Zec is part of the Trilogy on Croatian Fascism – the other two plays are Bacchae (2008) and Croatian Theatre (2014).

Oliver
Frljić’s devised project Aleksandra Zec
had its world premiere on 15 April 2014 at the independent HKD Teatar in Rijeka
– a theatre established in 1993 by actor Nenad Šegvić and director Lary
Zappia. Their aim was to give the Adriatic city a theatre with a different
repertory than the local Croatian National Theatre of Ivan Zajc. The HKD
Theatre produces classical 20th century works that have not yet been
staged in Croatia, as well as current international stage hits and plays by
contemporary Croatian authors. The theatre started its existence in the
premises of the Croatian Cultural House (HKD) and the first play it produced was
Edward Albee’s Who’s Afraid of Virginia
Woolf?
One year after its establishment, the new theatre initiated the
Festival of Small Stage Forms, which would later grow into an international
event.

He was
born in Travnik, Bosnia and studied philosophy, religion and theatre direction
in Zagreb. Considered to be an “enfant terrible” of theatre direction in
Croatia, he likes to present themes such as the consequences of the civil war,
nationalism, growing extremism, as well as other anomalies of a post-socialist
society. Frljić likes to provoke and use harsh stage features. In Croatia, his
staging method is considered to be “Yugoslavian” and “anti-Croatian”. The other
“ex-YU” theatres label him similarly. He presented his work at many
international festivals, for example, Dialog (Wroclaw), Festival TransAmeriques
(Montreal), Neue Stucke aus Europa (Wiesbaden), Bitef (Belgrade), Wiener
Festwochen, or Divadelná Nitra. He has won many awards for the plays that he
directed, which put Croatia on the European theatre map.