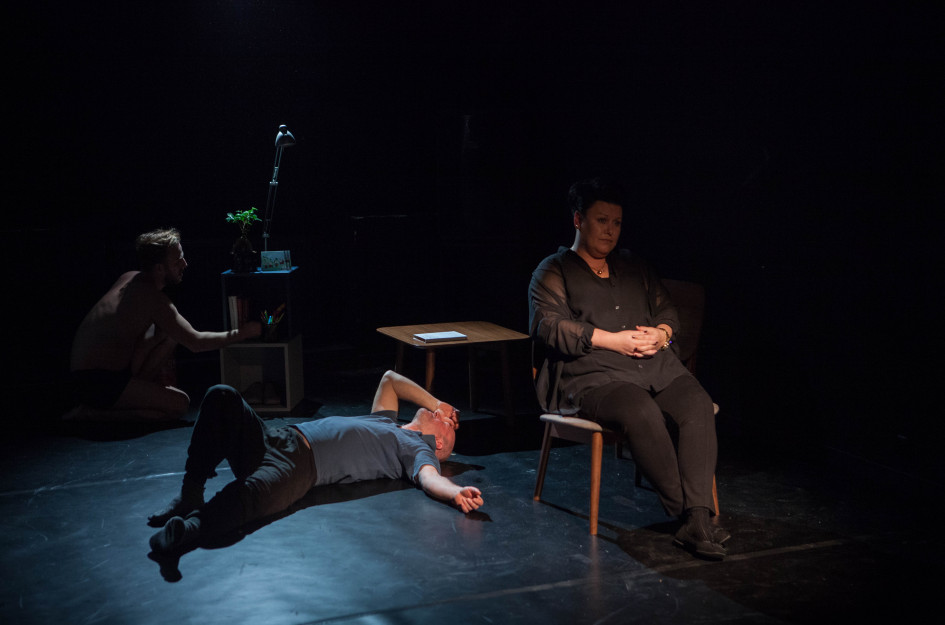 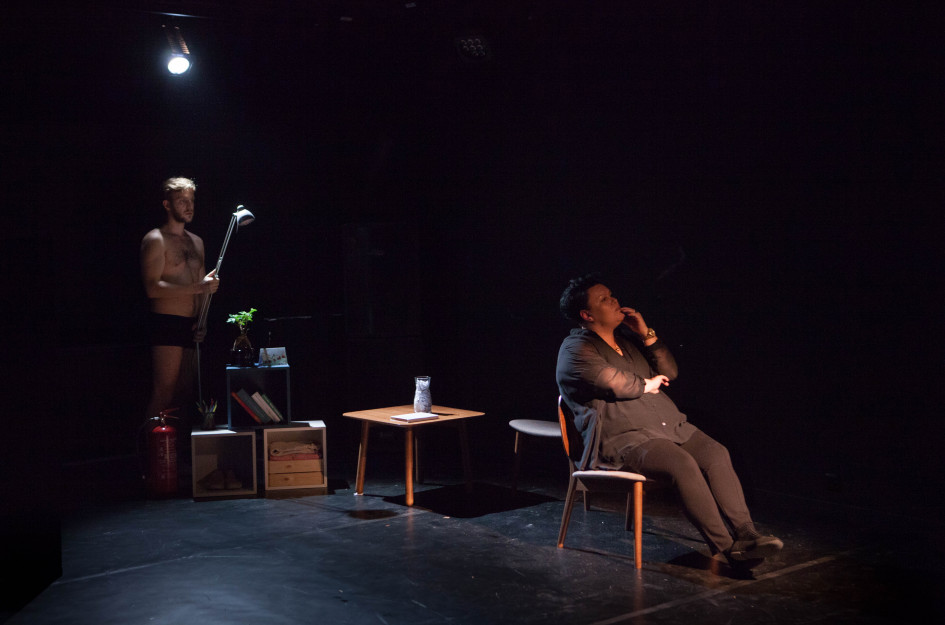 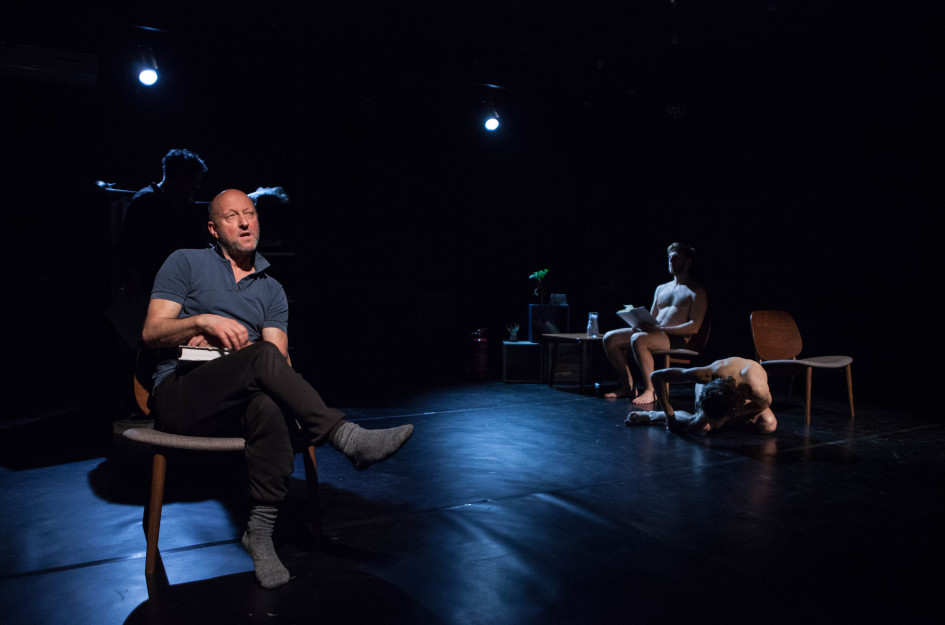 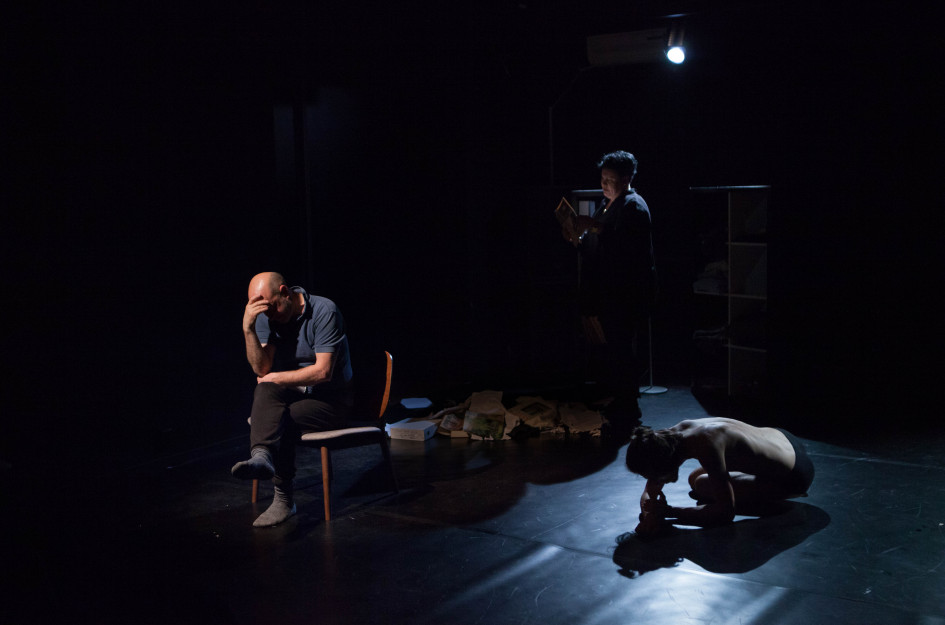 Are we a civilization that has forgotten to look around empathically and has become a factory producing things satisfying our individualistic needs? What is a relationship about?

What happens when partners can no longer bear it being together and their coexistence turns into everyday agony, with each party saying whatever they want, and when all they wish for is finally being alone and without the other one? It is an unconventional view of life in a relationship, of a life together, in which the parties do not want to and cannot understand one another. One of them is incredibly slow, the other one madly fast… Are we a civilization that has forgotten to look around empathically and has become a factory producing things satisfying our individualistic needs? What is a relationship about? These are monologic dialogues full of dissatisfaction, frustration and disenchantment about the world today – dialogues that gradually become both absurd and unbearable. The Sisyphean task to fit into the image of us created by the other person without interfering with our individuality has become a superhuman effort – and effort that is doomed to fail and that only becomes destructive. The slow pace of the production, in which the creators use inventive ways to work with movement and text, results in the quiet and unforced disintegration of a relationship – its end might not be in sight, but the effort to accelerate this process is more and more absurd and urgent.

The civic association GAFFA is an open platform of
artists whose projects connect various forms of contemporary art. The
independent association provides space for theatre, dance, film, and visual
art. GAFFE offers independent artists a chance to realize their visions and
innovative formal approaches. GAFFA is a metaphor for the universal adhesive
tape used on film sets to cover electrical wiring when filming, doing video
installations, preparing exhibitions, or generally in theatre and elsewhere as
a firm and resistant tool that can hold together and strengthen our artistic
work. GAFFA comprises artists Martin Hodoň, Dáša Čiripová, Peter Tilajčík, and
production manager Zuzana Nemethová. The association invites contemporary
Slovak and international artists to collaborate on their various projects
(Jozef Vlk, Ink Midget, Jaro Viňarský, etc.). Some of their devised projects
include the physical theatre production EVA
(the Klarisky Church, 2016) and the title Days Slowly Passing (Black Box Ludus, 2017).

Graduated in theatre studies from the Academy of
Performing Arts, and is currently completing his study of direction at the
Janáček Academy of Performing Arts in Brno. As a director and dramaturg, he
cooperated on several independent projects – Samson, Žofia D., Mama Has Me

(2015 DOSKY Award in the Discovery of the Year category), The Abduction of Europe (Debris Company,
guest appearance at the 2017 Touches and Connections festival, as well as at
the Kiosk in Žilina). The production In
the Solitude of Cotton Fields, which premiered at the Orlí Street Theatre
(Janáček Academy of Performing Arts, 2017), was an authorial paraphrase of
Bernard-Marie Koltès’s play, in which the philosophical-imaginative text was
transformed into physical action. At present, he is collaborating with the
National Theatre in Brno as the dramaturg of the production Contour (directed by Jiří Bartovanec).
His inclination to physical theatre and interdisciplinarity is visible mostly
in the projects produced by the independent association GAFFA: EVA (2016) and Days Slowly Passing based on a text by Werner Schwab.