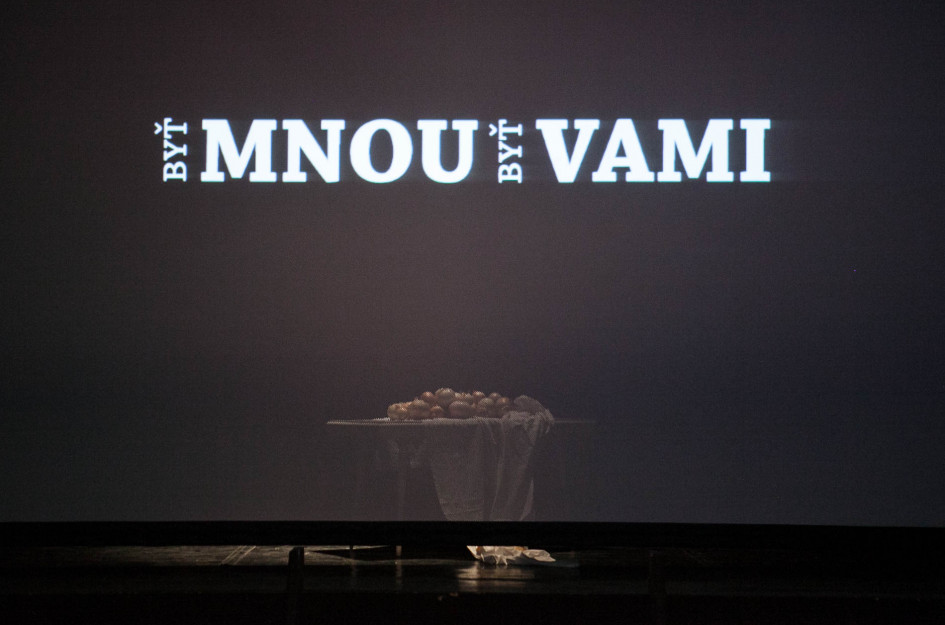 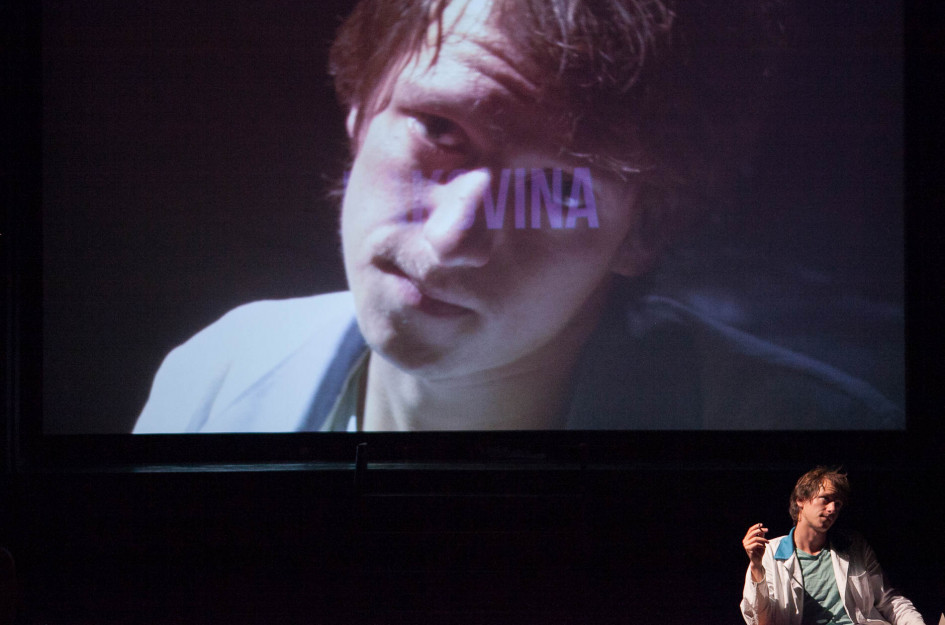 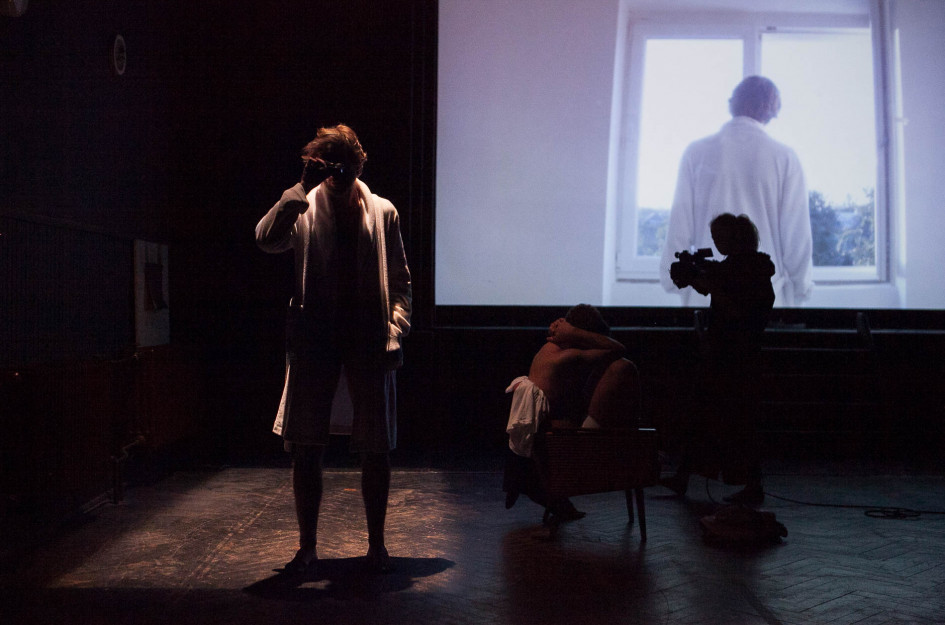 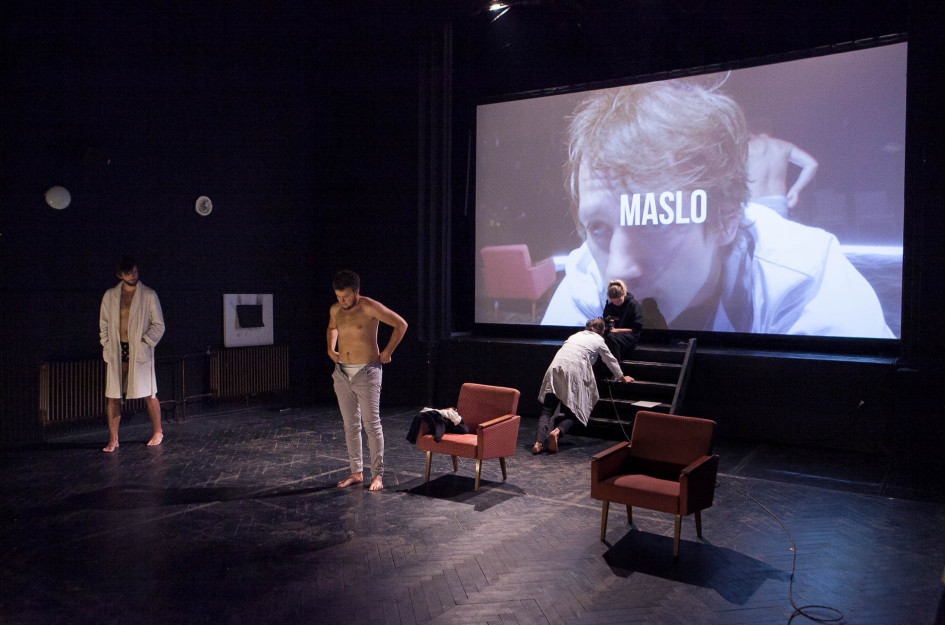 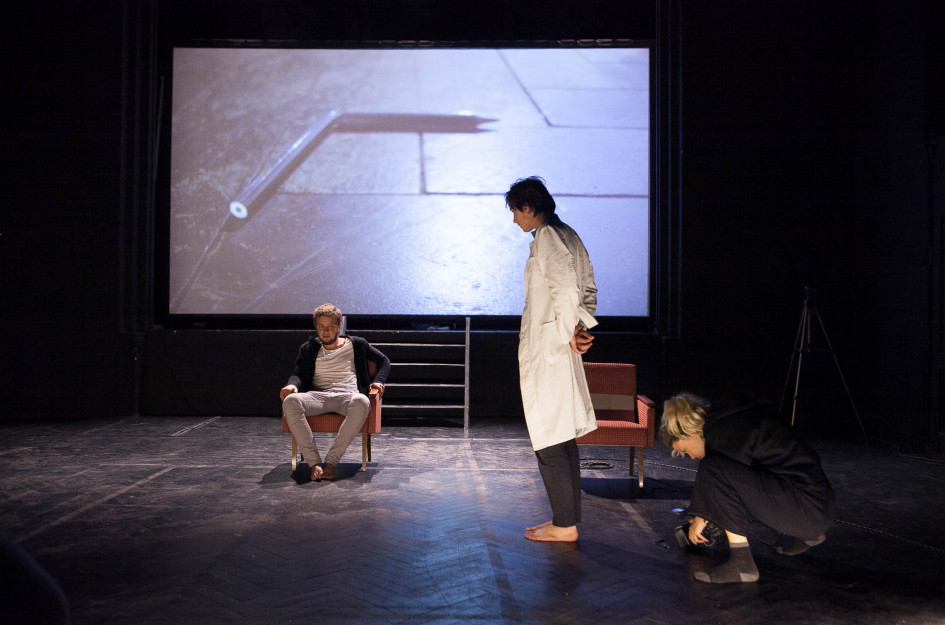 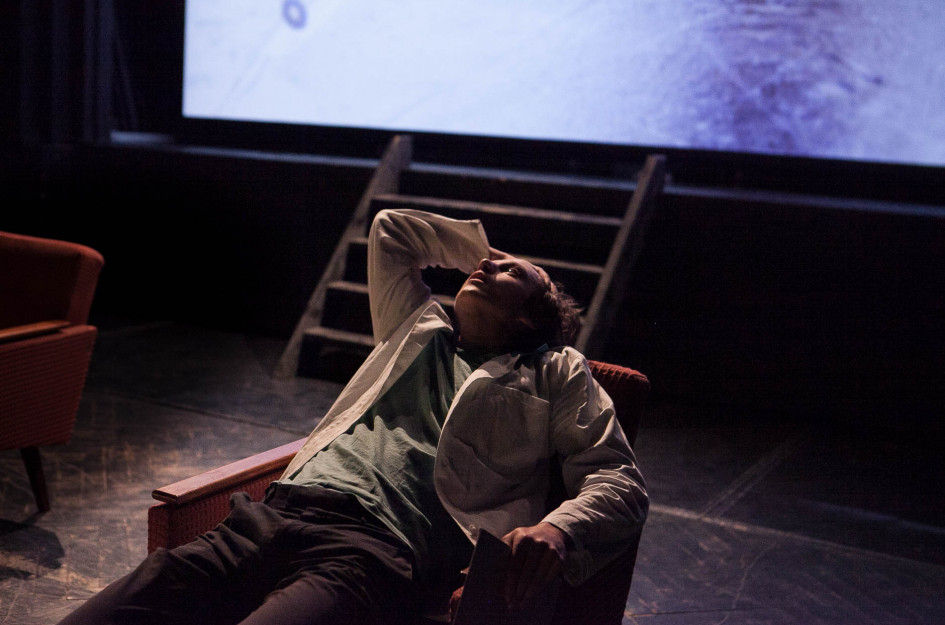 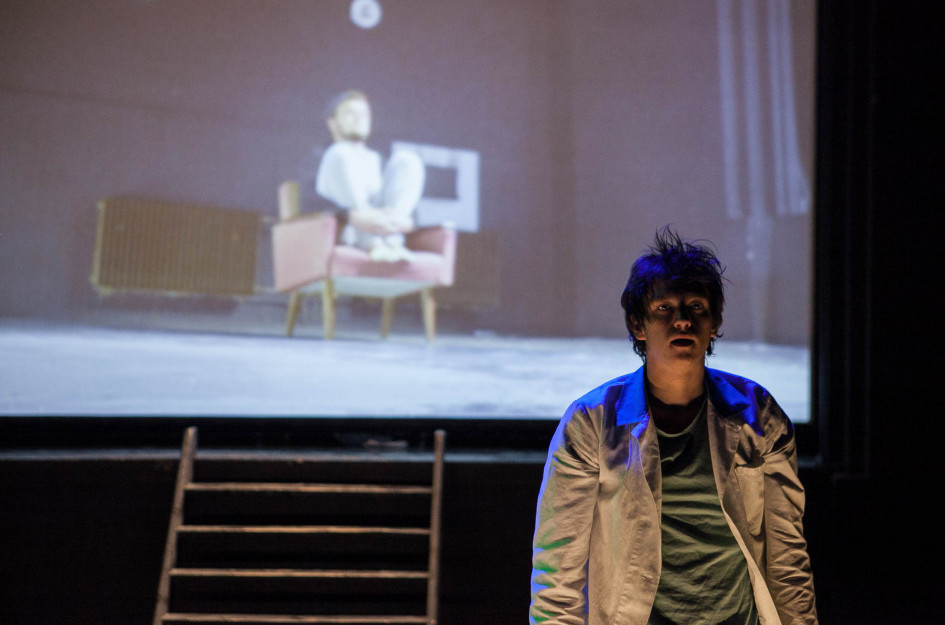 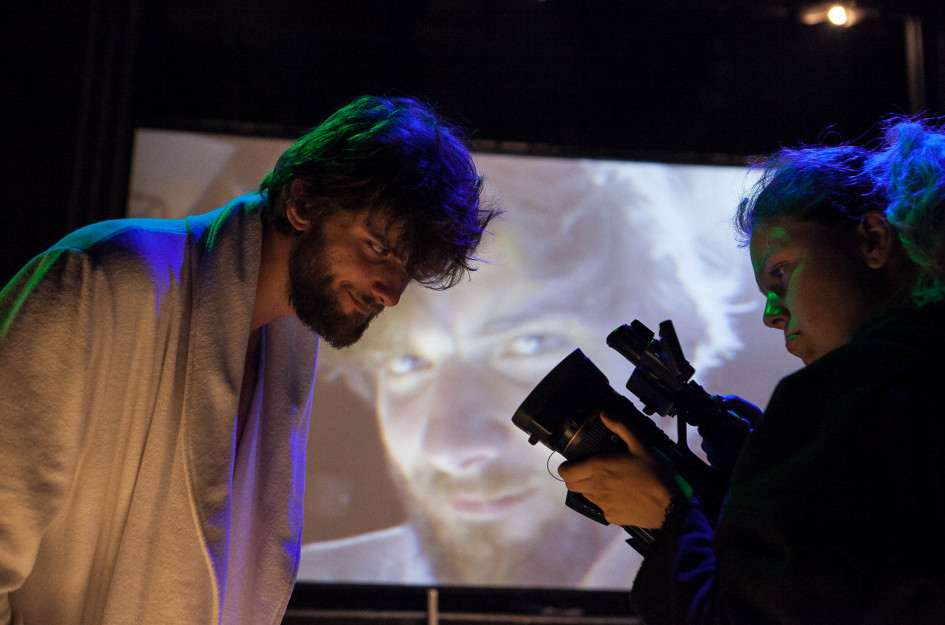 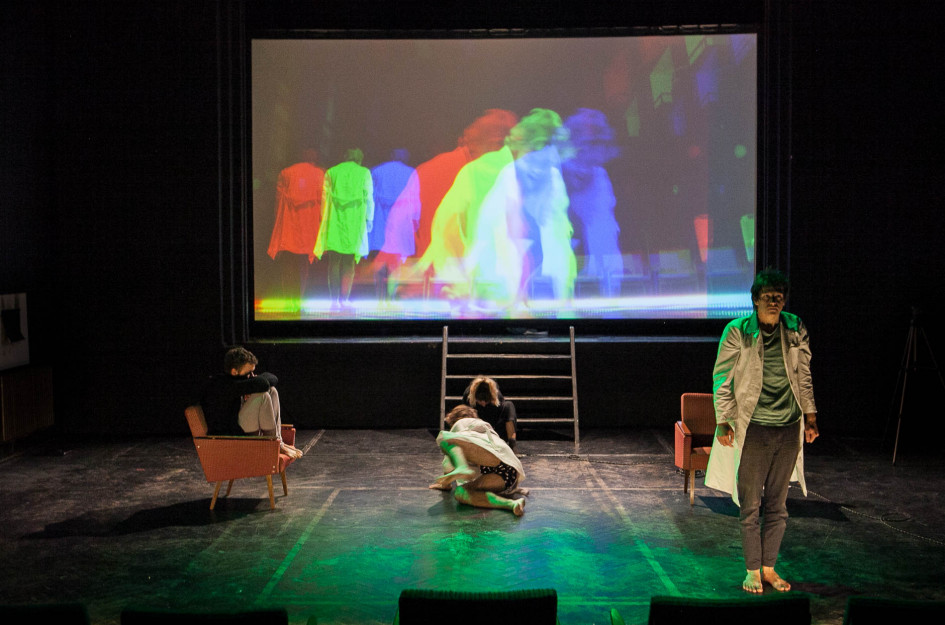 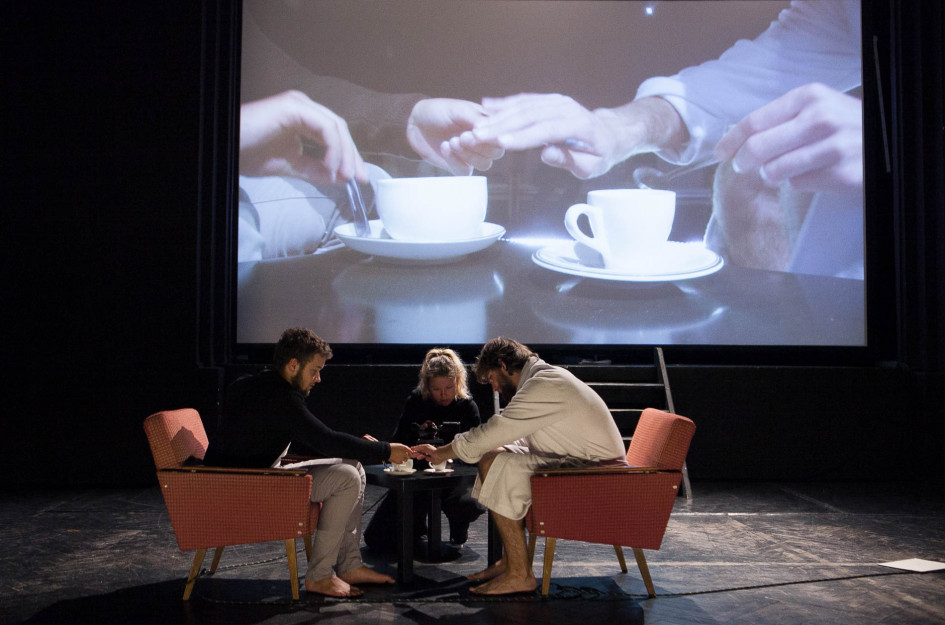 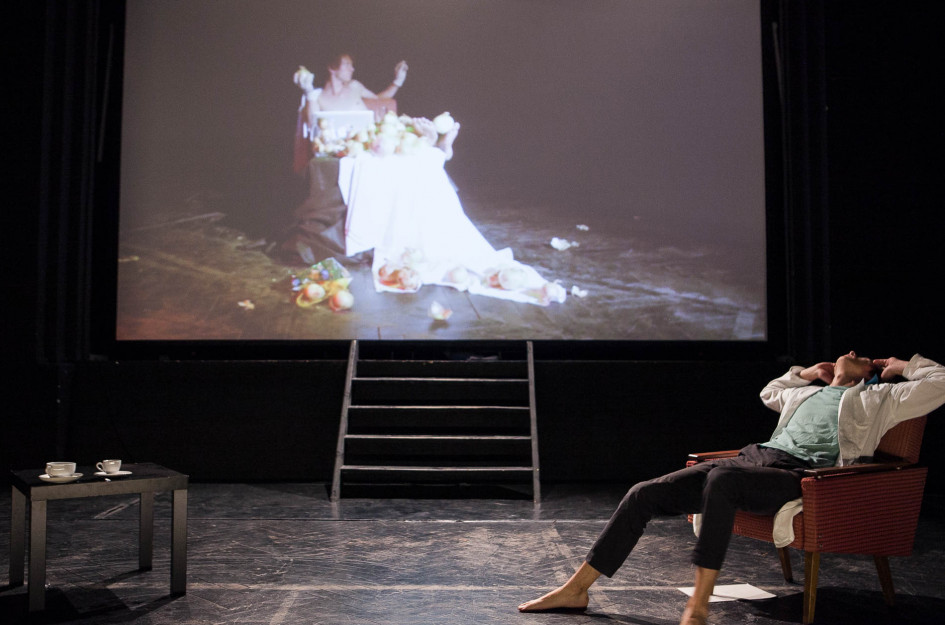 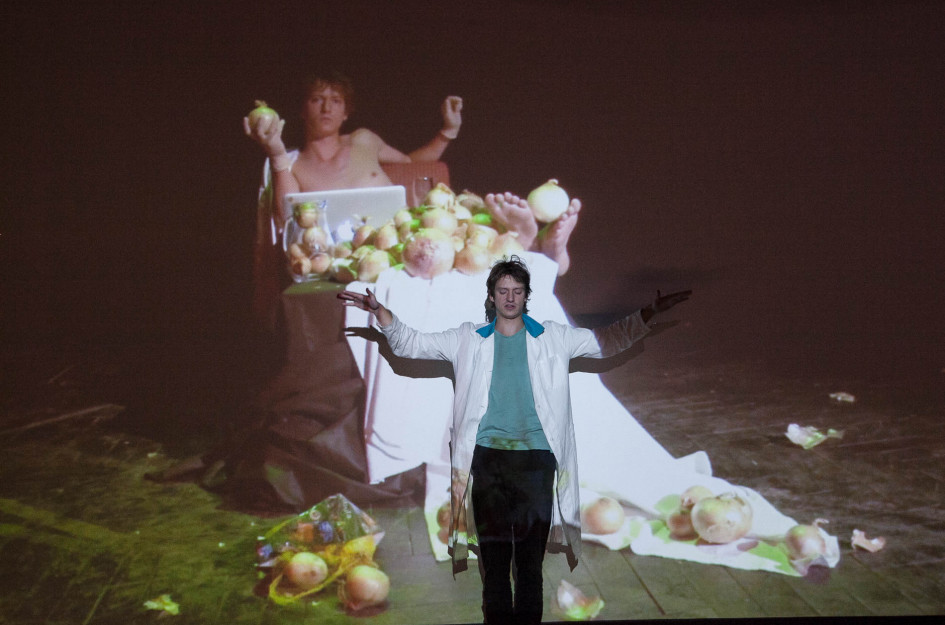 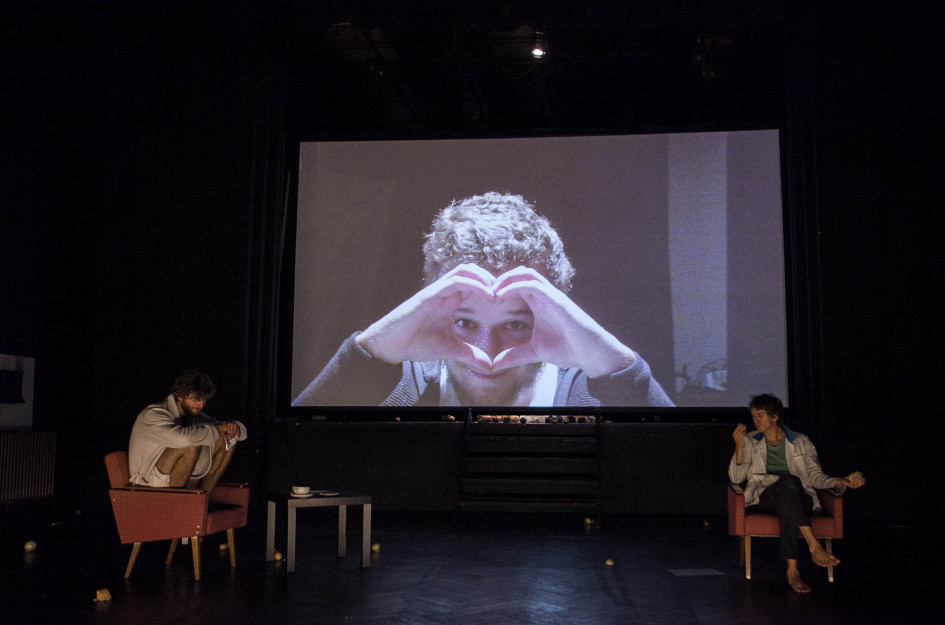 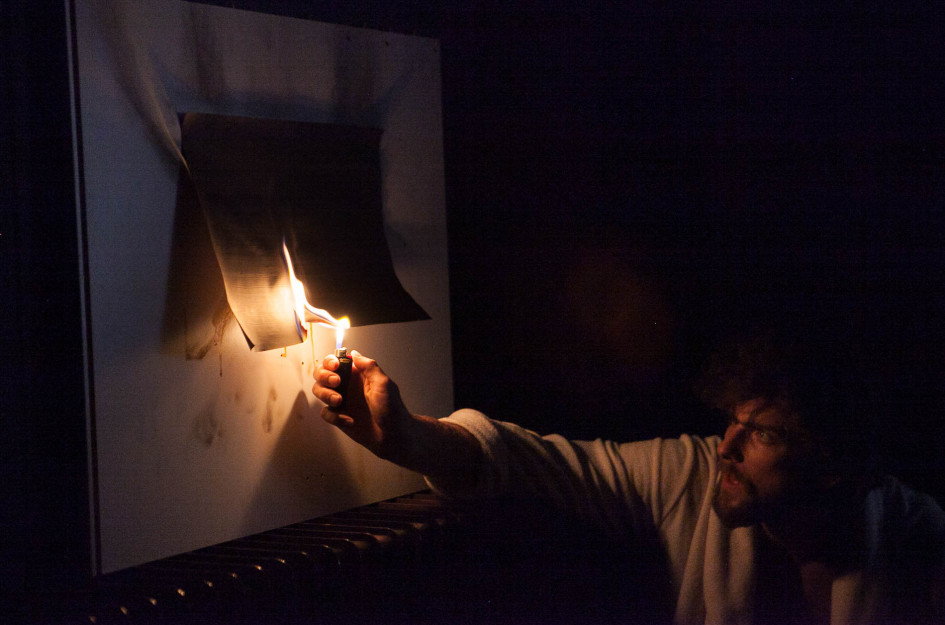 Be me be you

A doctor, patient, player, or also a manipulator, sufferer and voyeur, as well as their playing with others’ destinies and their own identity – this is what the audience observes from various perspectives.

The trio of men, protagonists of Be Me Be You, are trudging through life with feelings of emptiness, dissatisfaction, loneliness. Each of them would like to be someone else, at least for a while. Each would like to live a totally different life. A doctor, patient, player, or also a manipulator, sufferer and voyeur, as well as their playing with others’ destinies and their own identity – this is what the audience observes from various perspectives. At the same time, it all seems magnified through images projected through the video installation and live camera. The play was awarded the third prize in the Drama competition (an annual part of the Nová dráma/New Drama festival). The play’s author Samuel Chovanec was given the opportunity owing to his residence stay at the Pôtoň Theatre in Bátovce.

Asfd divadlo ašttnnkorazd fildj is a free theatre
ensemble led by director and playwright Samuel Chovanec. The group focuses on
using new technologies in theatre. The name was invented during Chovanec’s
residency at the Pôtoň Theatre in August 2017 and it does not contain a cipher.
The theatre has produced two works so far: Be
Me Be You
. (Pôtoň Theatre, 2017) and Mars
(Studio 12, March 2018), as well as a stage reading of HUMANS OF LATE CAPITALISM (December 2017) as part of the Batyskaf: tl;dr project. In addition to
actors (Matej Babej, Mišo Kinik, Alex Vais and Viki Valúchová), the group seeks
collaboration with artists of different disciplines, from visual artists,
through musicians, all the way to a film director.

Samuel Chovanec is a meticulous fourth-year student of
theatre direction at the Academy of Performing Arts. Before that, however, he
studied geography in regional development at Prešov University. In his second
year of study at the Academy of Performing Arts, he spent an Erasmus-funded
stay at LMTA school in Lithuania. It was there he staged a production based on
Hans Runesson’s 1985 photograph titled A
Woman Hitting a Neo-Nazi with her Handbag
. The picture depicts Danuta
Danielsson, whose mother survived a concentration camp during World War II,
hitting a neo-Nazi on his head with her handbag. At the Academy of Performing
Arts, Chovanec staged a bachelor’s production of Edward Albee’s Seascape. In the 2015 Drama competition,
his play Be Me Be You won third
prize, and in the 2016 Drama competition his HUMANS OF LATE CAPITALISM also won third prize.