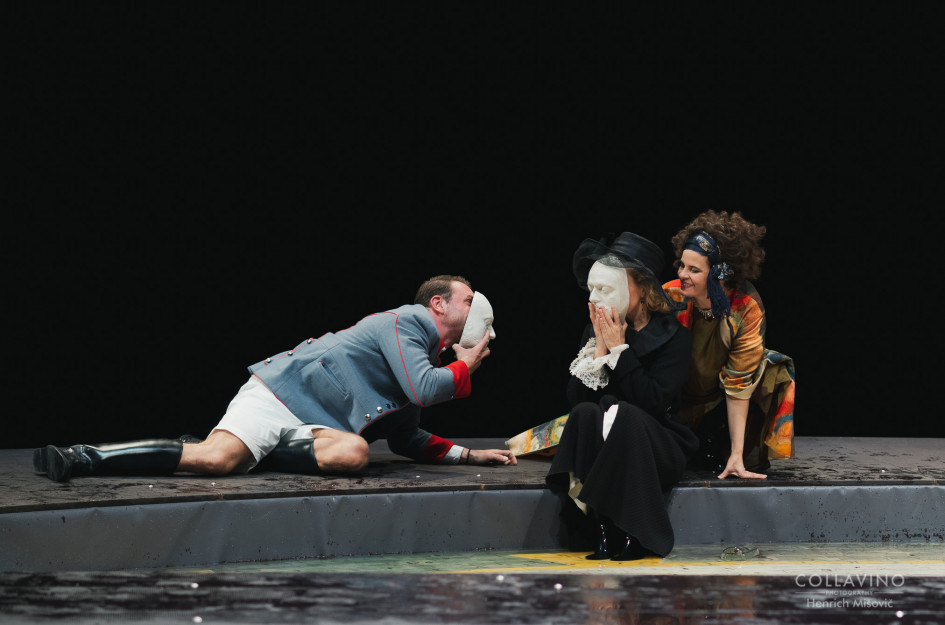 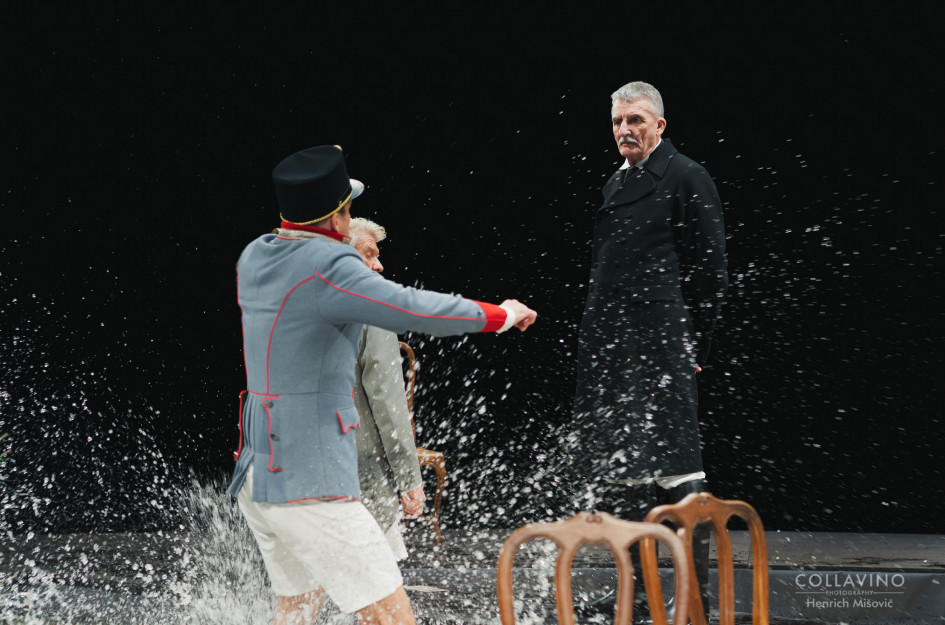 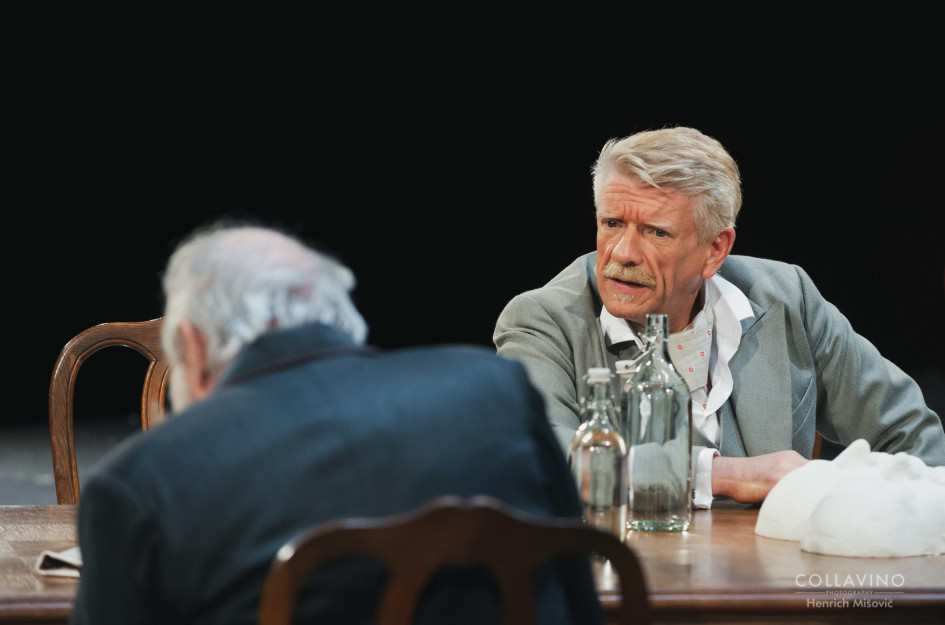 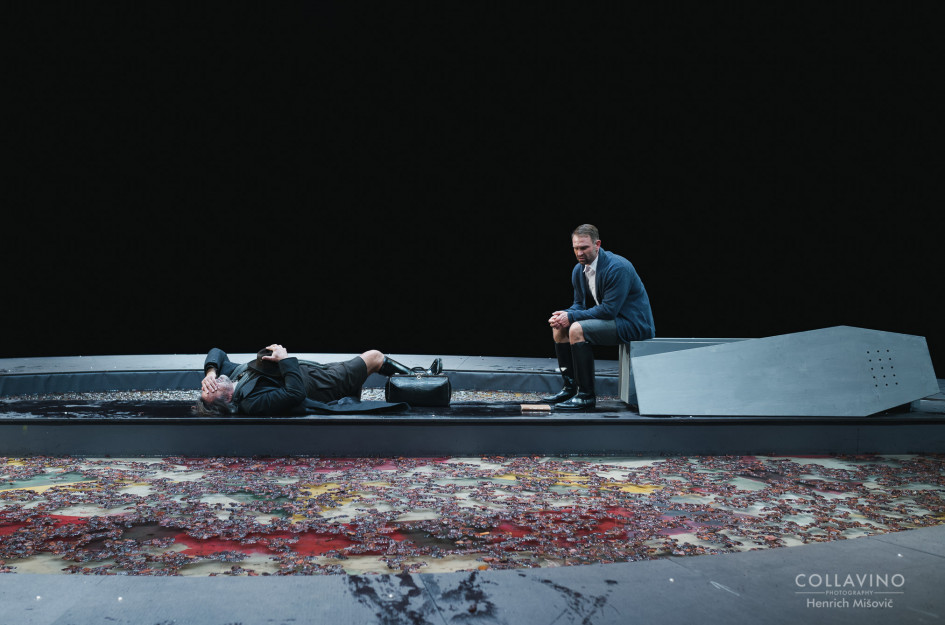 The Drama Department of the Slovak National Theatre presents the production of a play loosely based on Joseph Roth’s texts as a way of commemorating 100th anniversary of the establishment of Czechoslovakia. The play depicts the fates of Austrian-Hungarian soldiers during the last years of the monarchy – an era full of contradictions. It is a time when the society oscillates between tradition and modernism. A new republic is being born and everything is about to change: fashion, morals, culture and people. The uncertainty of the times is underscored by the motif of a swimming pool – it dominates on the stage, symbolizing a swamp, the mud in which the empire is drowning, dragging with it people’s dreams and ideals. The production does not aim to precisely reconstruct the historical events, but rather to highlight the positive and negative aspects of our past. The first part takes place in 1914 and follows the lives of the characters before World War I, before the impending disaster. The second part goes forward, to 1920 and captures the changes that took place after the war. The creators of the production intentionally chose not to focus on the big historical figures and concentrated on the destinies of ordinary people. We see people of different nationalities, people living in a monarchy. Each character experiences the important social changes differently. We find ourselves in a company of love, betrayal, disappointment, failure, morality and pseudo-morality.