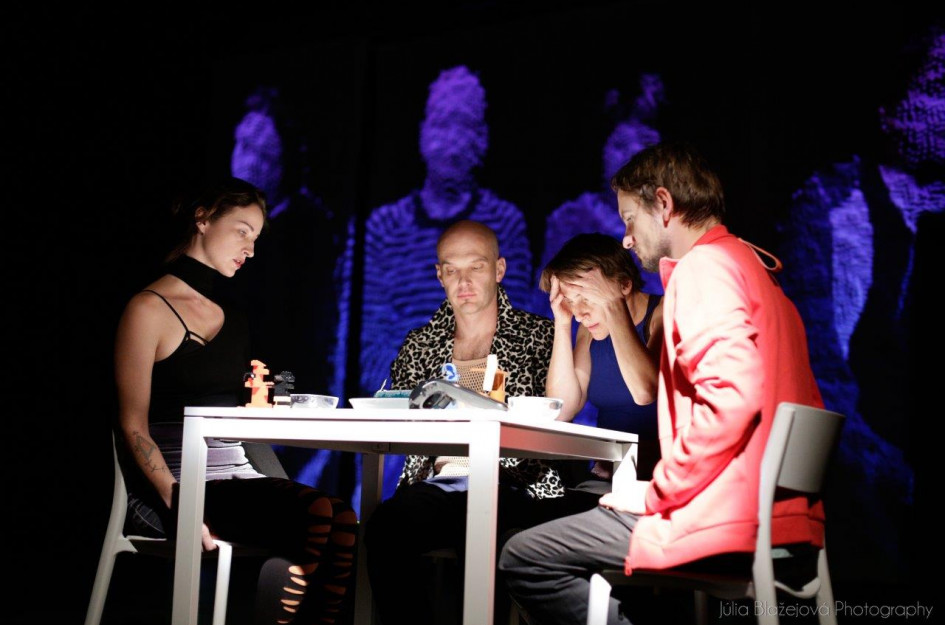 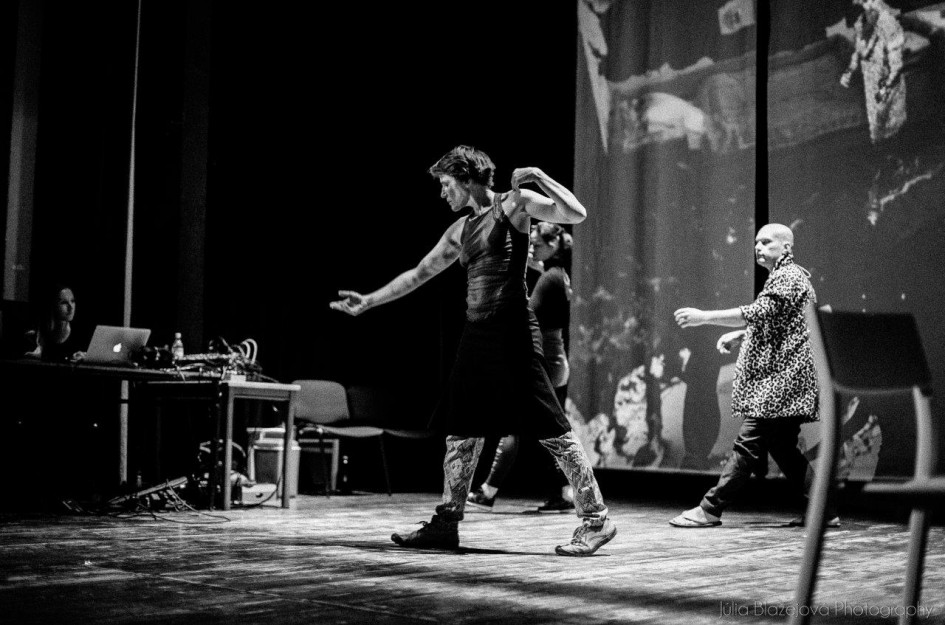 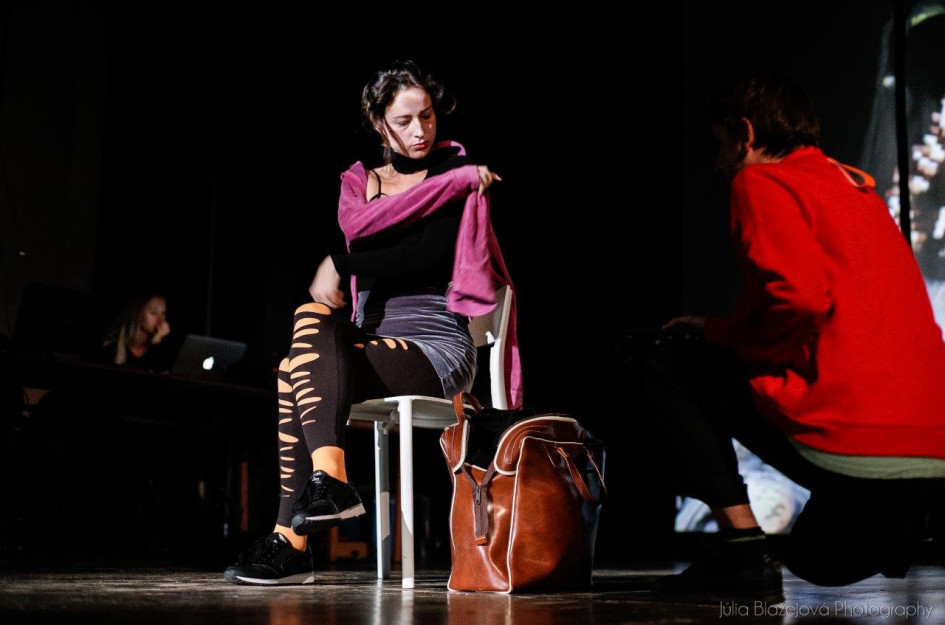 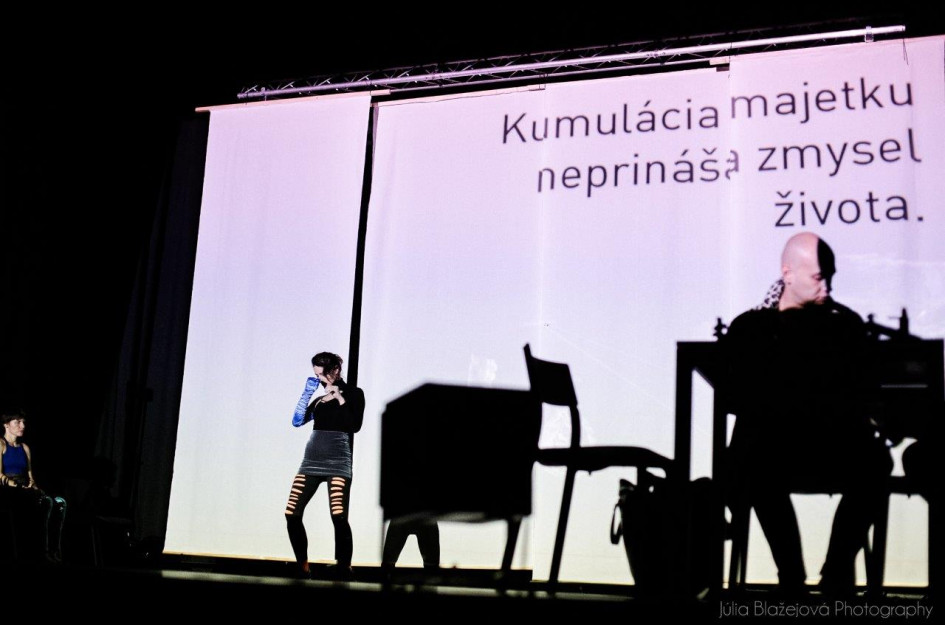 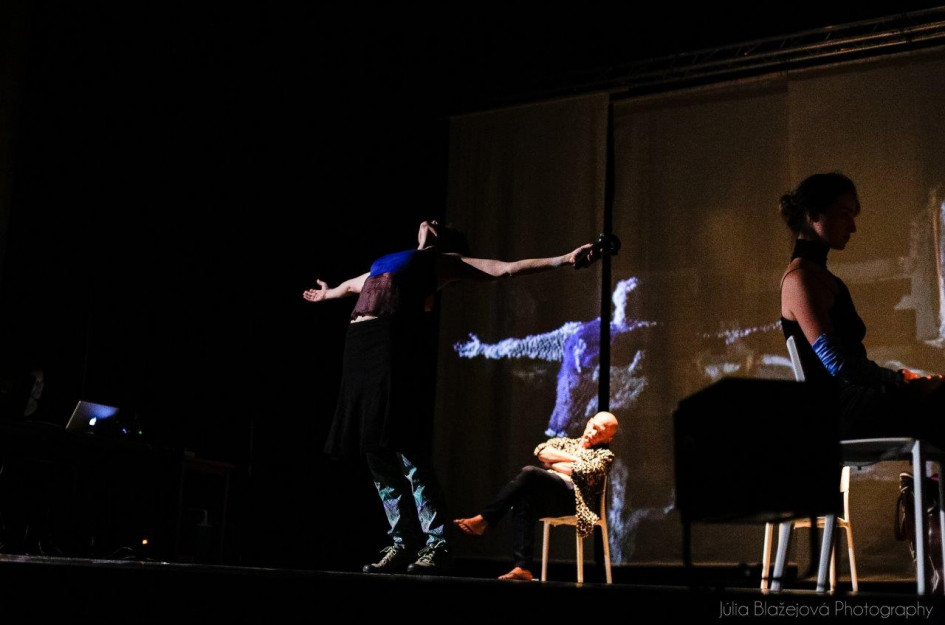 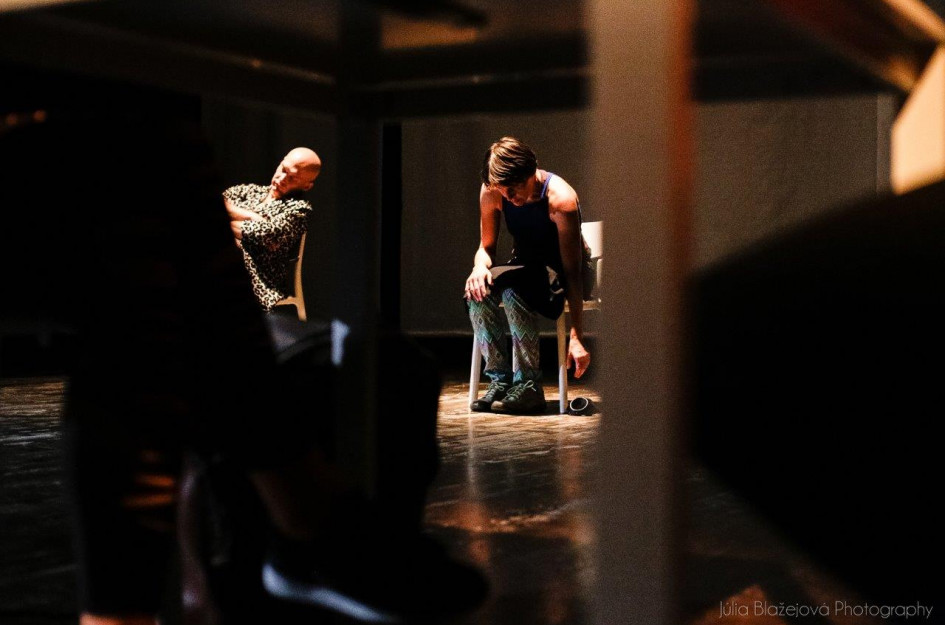 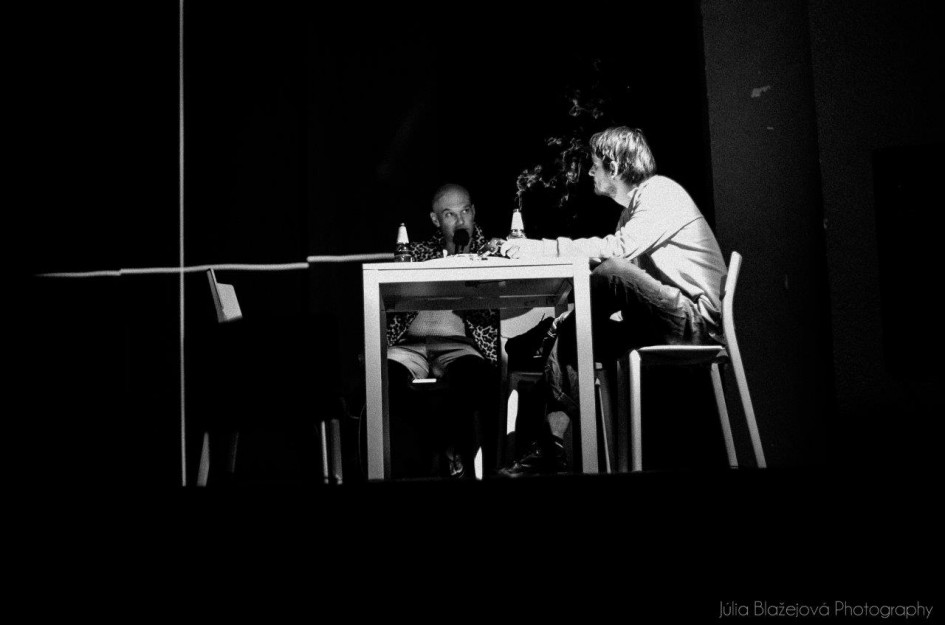 The performance is a subjective, generational testimony of established artists who need to come to terms with their own future prospects.

Slovak dancer and choreographer Petra Fornayová’s art manifests a sense of engagement that she has applied to look at the issue of the uneasy and complicated future. She introduces the perspectives of four generations of art professions. Visual artist Natália Okolicsányiová, director Ján Šimko, choreographer Petra Fornayová and documentarist Adam Hanuljak make very civil presentations of their fictitious paths in life. They are performers making reports about themselves. They present their performance via a video projection on a screen, react to each other in dialogue, interactions, or their individual indications on the stage. The performance is a subjective, generational testimony of established artists who need to come to terms with their own future prospects. Already in the introduction, they use an electronic questionnaire to elect their representative profession. Then, they alternate in presenting coordinated play on the stage (mostly using a combination of their live performance with the sounds and visuals projected onto the screen). This results in interesting combinations, for example, a live actor and his projection on the screen, or live dialogue and reproduced sound or visual (graphic) projection supported by dance performances, and so on. The leitmotif of these fragments in the play is a worry resulting from the doubts about what will happen to the world and to us – taking into account the perspective of several frightening predictions.  On the backdrop of the play’s acting realizations, a constant fear of our own transience is frequently felt as a universal human worry.

Graduated in law from Comenius University, and in
dance from the Academy of Performing Arts. She worked in Germany, the
Netherlands and France. The productions she worked on were presented at such
festivals as MediaWave (Györ), Festival d’Otoño (Madrid), or Tanec Praha. In
her works, she puts strong emphasis on the concept of various stage genres and
their interconnection. Her works include Deep
Infraction of Epidermis
, Diamondance:
Reloaded
, Objects of Research, Everything I Love, Dance_Music with Changing Parts, Opernball, among others. She has collaborated with numerous
directors and choreographers (Ján Šimko, Mary Fulkerson, Claire Heggen, Matthew
Hawkins, Allyson Green, Fritz Vogels, Marold Langer-Philippsen), and with prominent
Slovak musicians (Milan Adamčiak, Cluster Ensemble, Peter Machajdík, Marek
Piaček, Boris Lenko, among others). She is the founder and director of the
international festival of contemporary dance – Nu Dance Fest (since 2006).
Fornayová acts in dramatic productions (the SkRAT Theatre) and is a member of
the editorial board of the Vlna magazine.
She works as a part-time teacher at the Department of Music, Faculty of
Education, Comenius University in Bratislava.