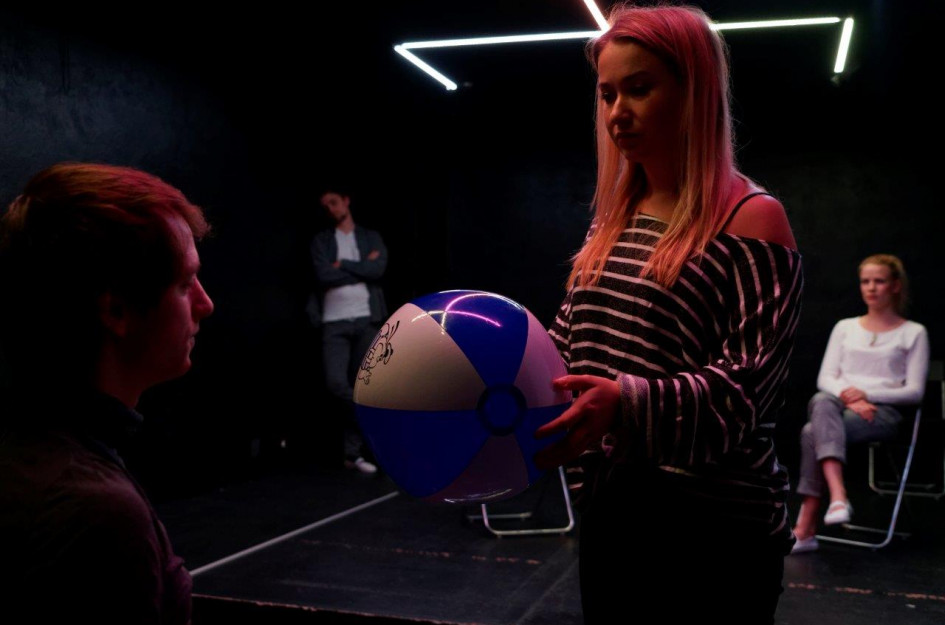 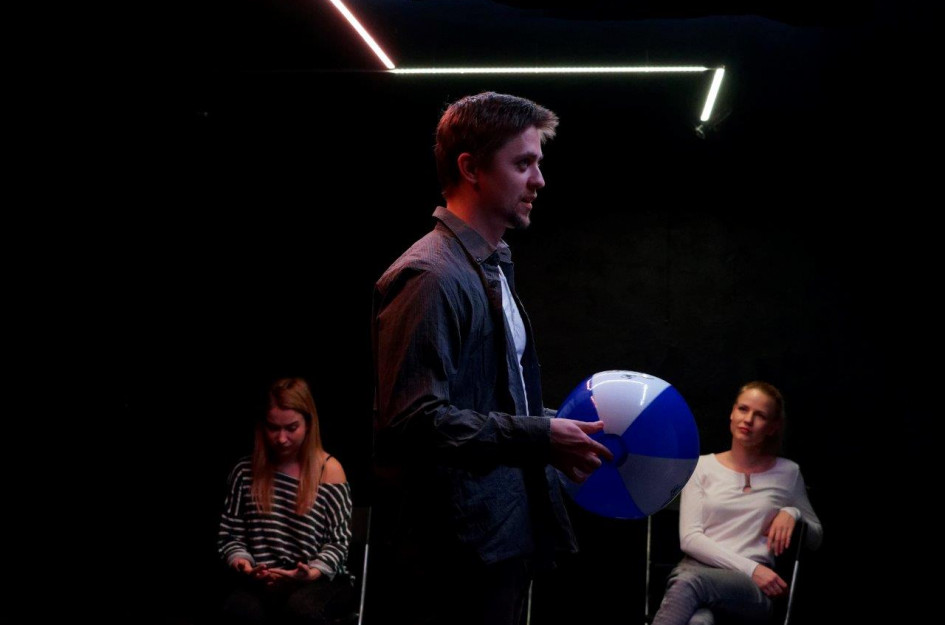 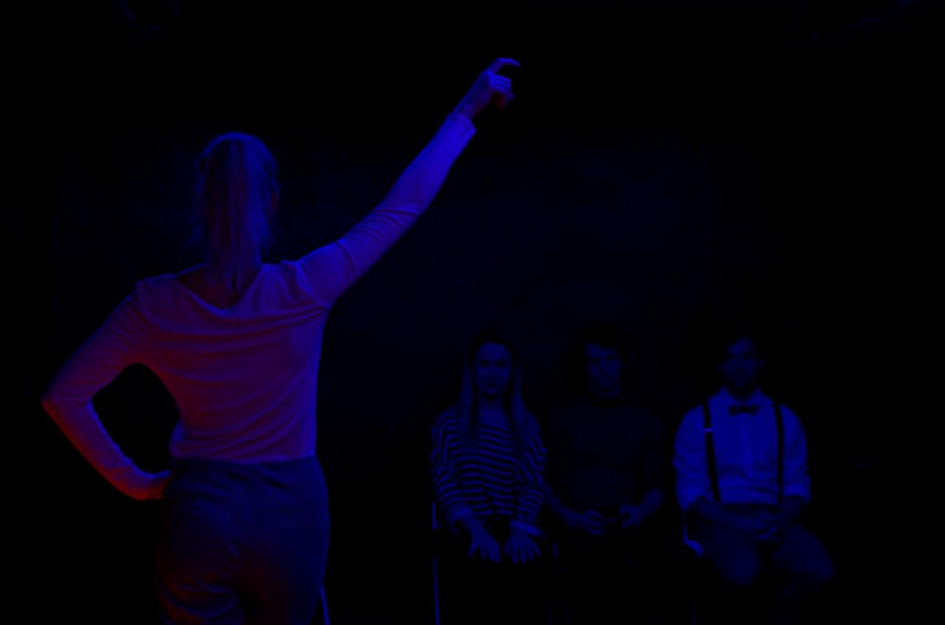 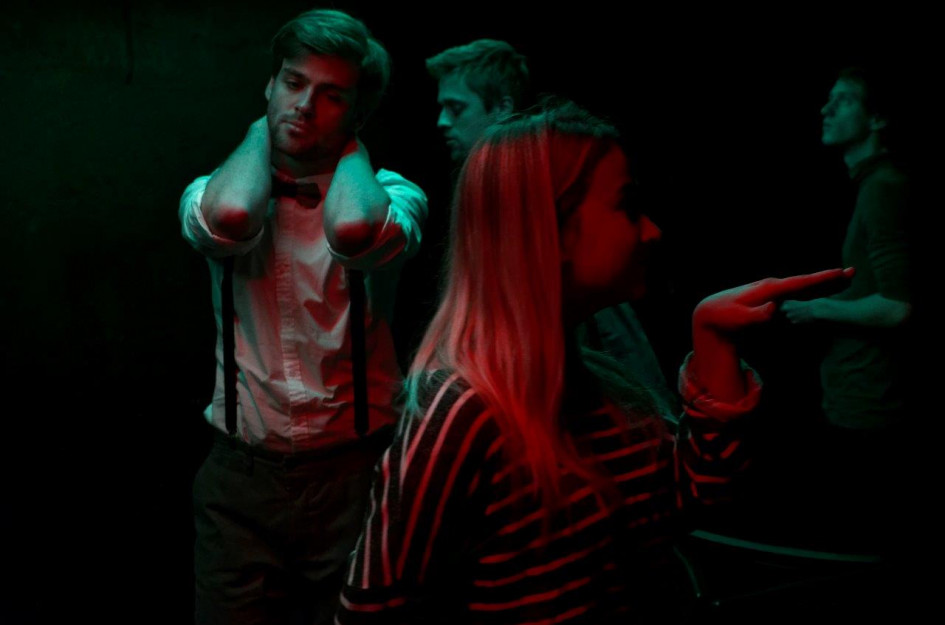 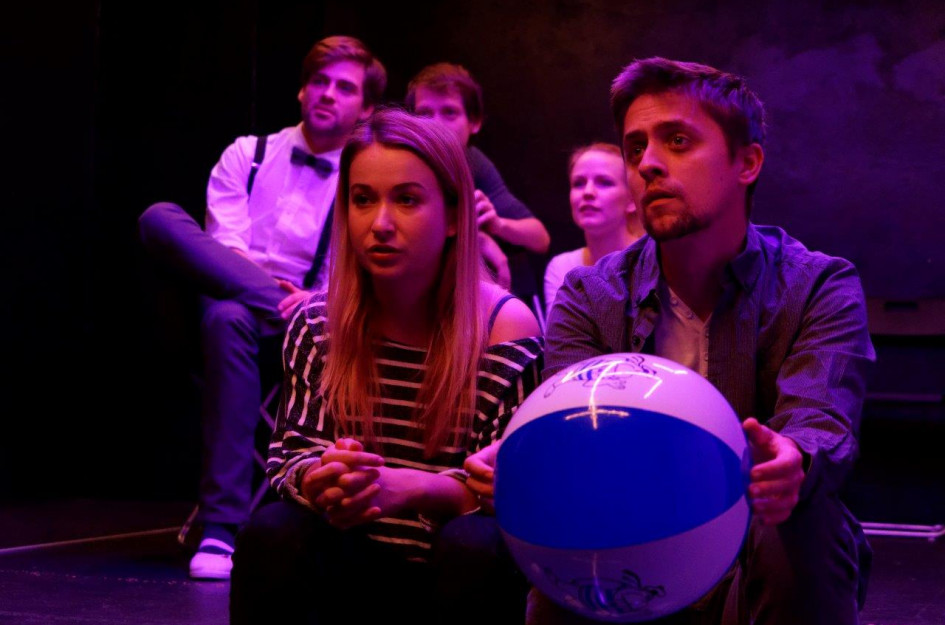 Borders_92 is about internal struggles, dilemmas and the questions related to taking the first step.

Five characters meet in an indefinite place and at an indefinite time. The stand around, considering possibilities. They are at a border. Nobody sent them here, they just found themselves here. They are definitely adult, their future is ahead of them – they can now in any direction toward their future. Borders_92 is about internal struggles, dilemmas and the questions related to taking the first step. In a mosaic of opinions, resolutions and attempts at self-identification, the performers touch upon vital themes of their future destiny. Should they stay in Slovakia, remain in the field they studied, continue the relationships they started? Or should they leave, go elsewhere, burn all bridges?

A newly established group of young theatre
artists Alžbeta Vrzgula, Peter Galdík and Jakub Szatinský who – after
graduating from the Academy of Performing Arts – decided to found a platform
that would allow them to present mostly devised productions focusing on the
examination of their own generational attitudes. However, they do not like the
word “generation” and they admit that it might not even exist. But if it does,
what is the shared life feeling of the first clearly adult generation of the
children in Slovakia and what determines this feeling? Borders_92 is the group’s pilot project and thus the first attempt
at answering these questions.

is a theatre director and author of the texts for the Catch 21 productions. (2016, Studio 12, the winning text of the Deciduous Teeth call
presented by the Theatre Institute in Bratislava), Borders_92. (2017, Safe) and iMmersed

(2018, Venuše ve Švehlovce). She tackles themes of boldly forming an
opinion and searching for a life attitude.

is a graduate in theatre dramaturgy from the Academy
of Performing Arts. Since 2016, he has worked as a dramaturg for the Bratislava
Puppet Theatre. At the same time, he works as a director and playwright at the
independent theatre scene, for the Uhol_92 ensemble. He is the author and
director of the production Catch 21. (2016,
Studio 12, the winning text of the Deciduous Teeth call presented by the
Theatre Institute in Bratislava).

Graduated in theatre dramaturgy from the Academy of
Performing Arts. He is one of the founding members of the Uhol_92 group. At
present, he collaborates also with the DPM theatre, where he dramaturgically
contributed to the productions God is a
DJ
and OEDIPUS REX.