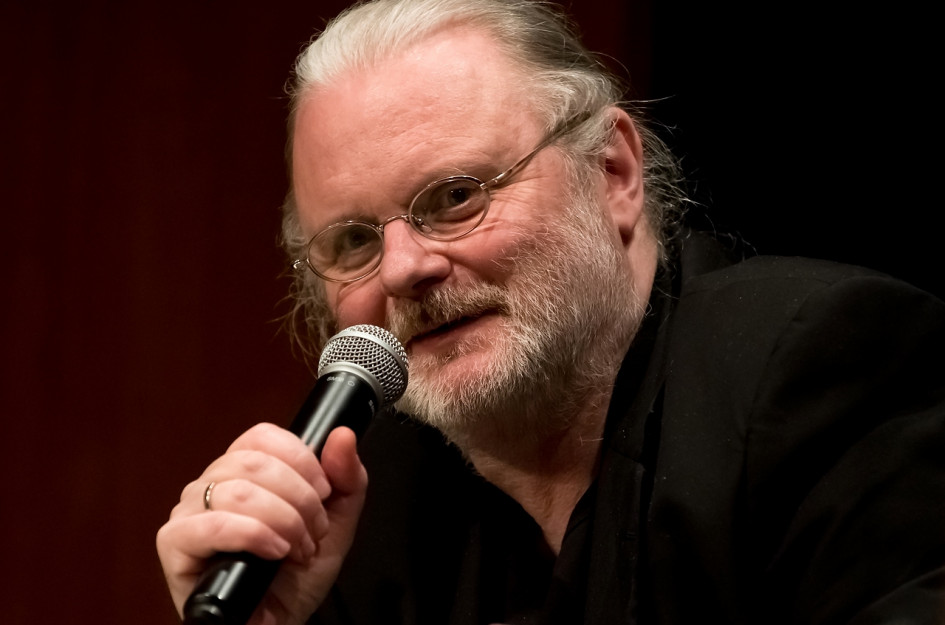 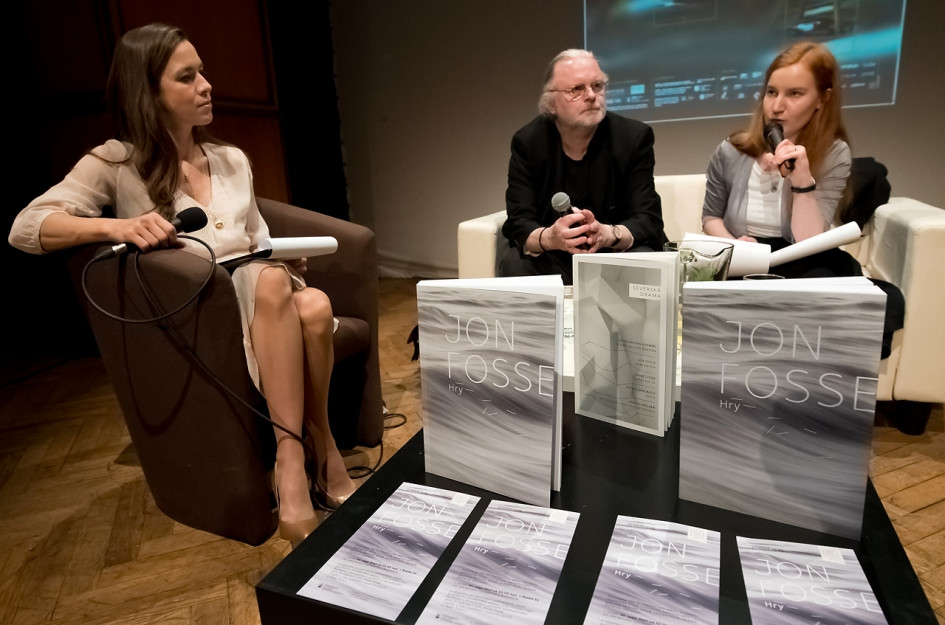 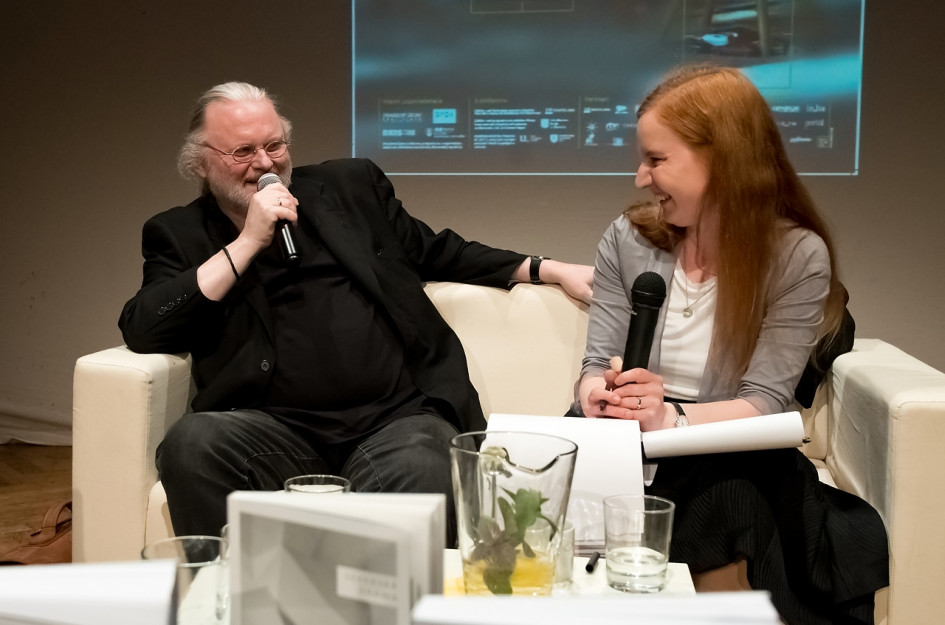 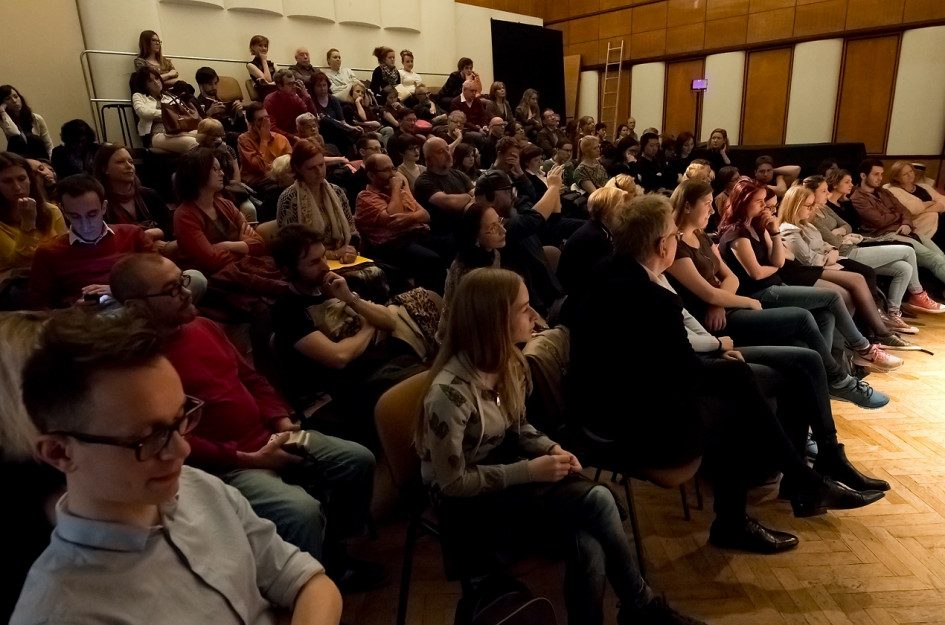 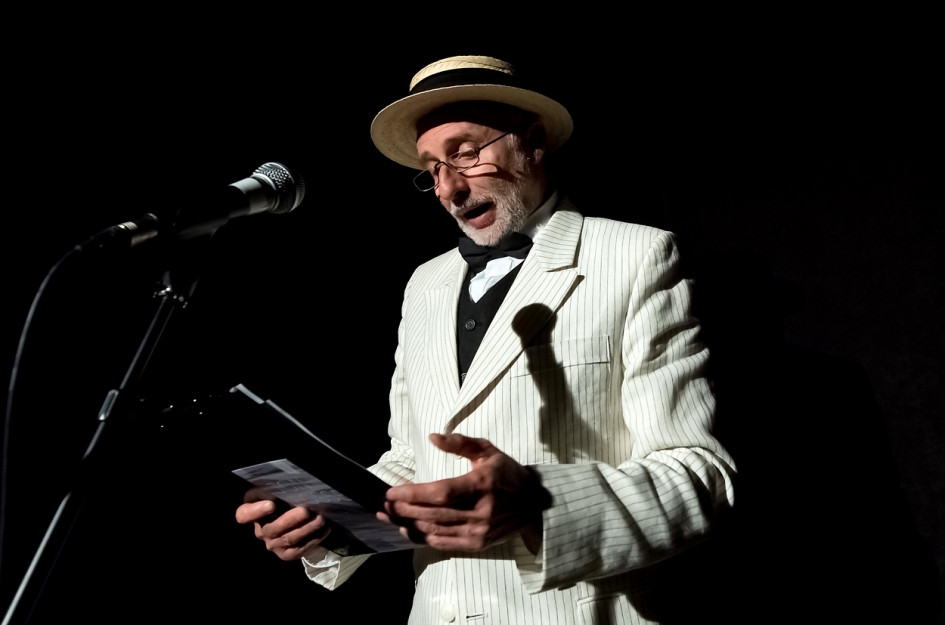 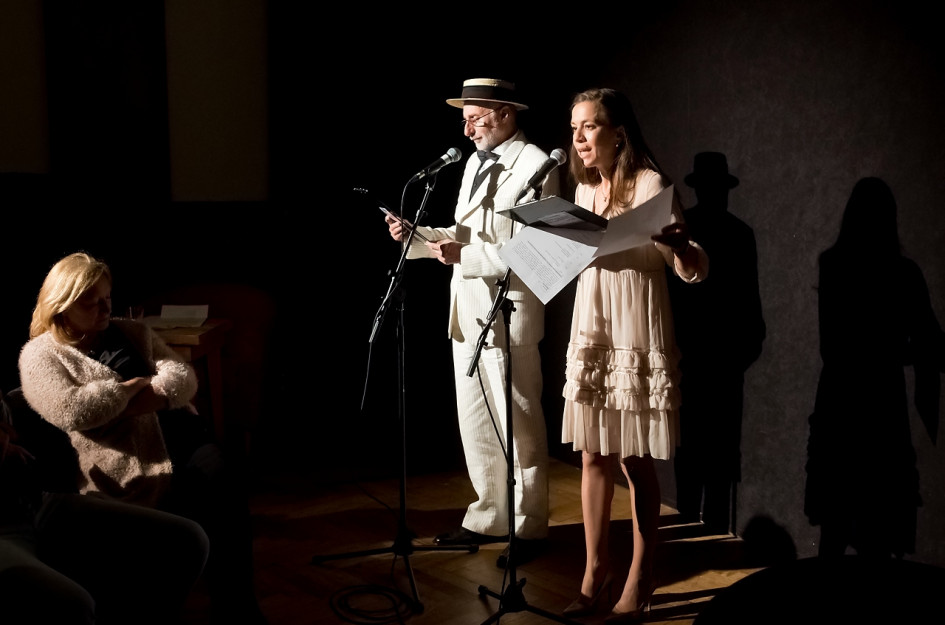 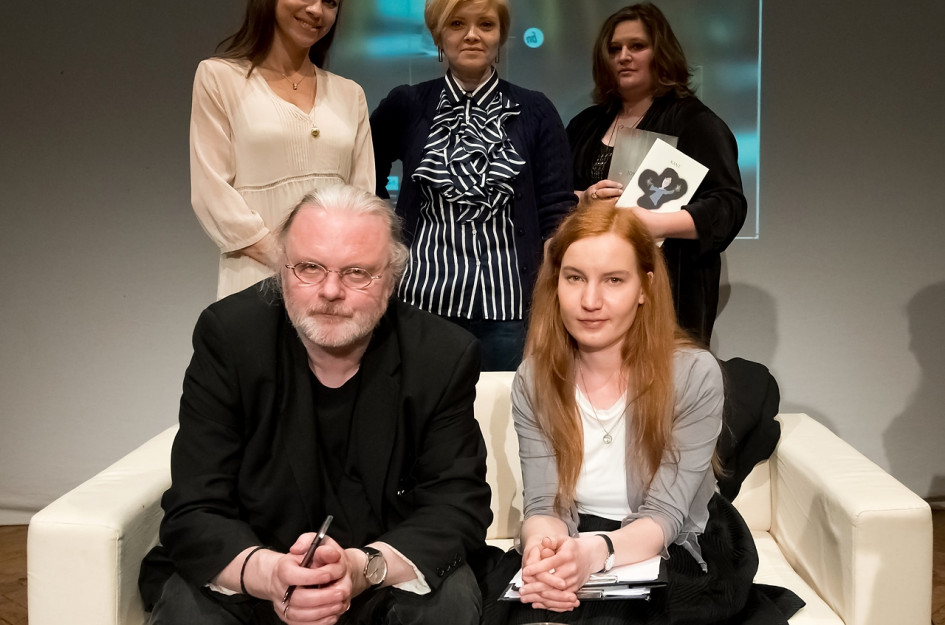 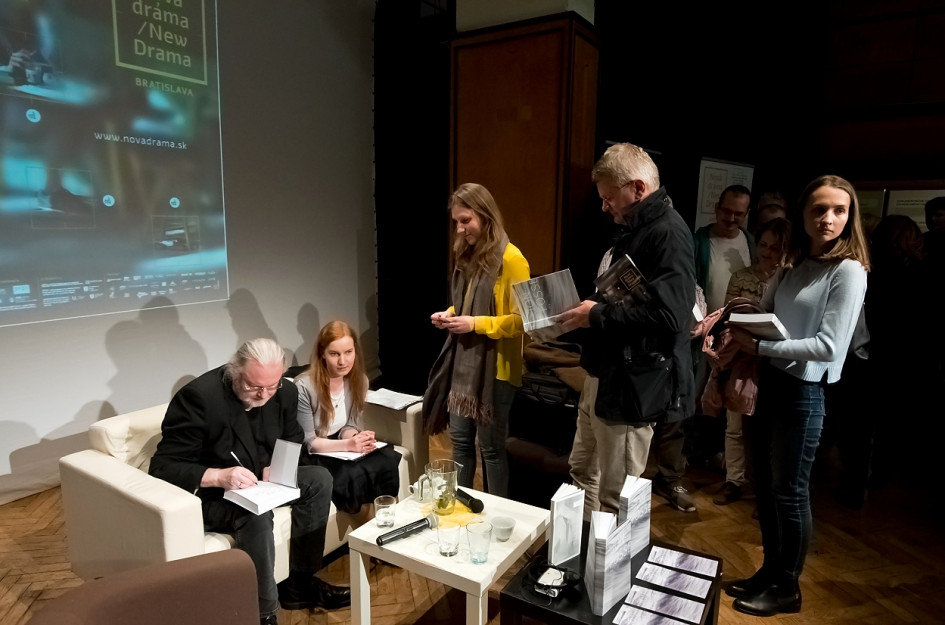 In Norwegian, simultaneously interpreted into English and Slovak.

Jon Fosse Masterclass
In his master class, the Norwegian playwright Jon Fosse will offer his authorial view of the creation of a dramatic text: from searching for a subject, through character development, all the way to plotting and play structure. Using his own authorial optics, Fosse will present to his audience contemporary dramatic work in Norway and discuss the production of new plays and the social context of modern Norwegian theatre. The master class will be followed by a discussion and a presentation of a collection of Fosse’s plays.   In Norwegian, simultaneously interpreted into English and Slovak.

Jon Fosse: Plays
A presentation of the Theatre Institute’s new publication attended by its author, Jon Fosse, and the translator of his plays, Anna Fosse. The first book selection of theatre plays written by the famous Norwegian playwright and translated into Slovak was published by the Theatre Institute in 2017 in the World Drama – Anthologies edition. The collection includes the plays Someone Is Going to Come, The Child, Nightsongs, Deathvariations, Freedom, Living Secretly and Sea, all translated by Anna Fosse, who is also the author of a scholarly study titled To Make an Angel Cross the Stage. Anna Fosse also did an interview with the playwright titled I Became a Playwright by Chance. Both the study and interview are included in the publication.